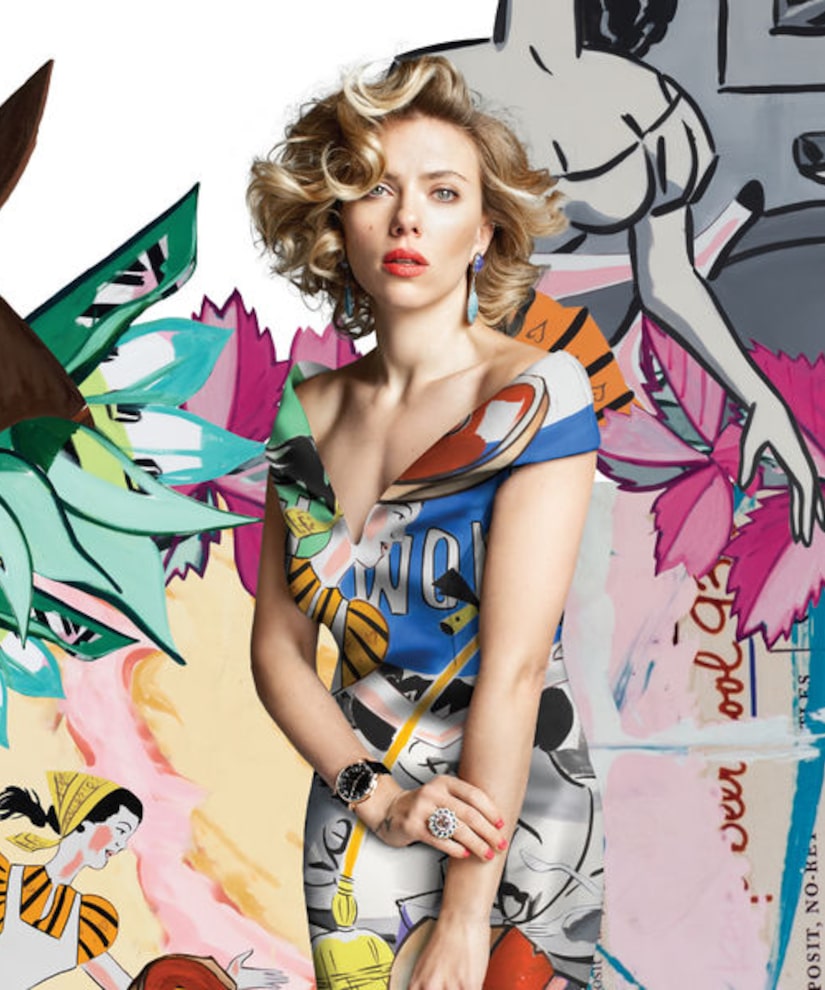 Tatijana Shoan for AS IF

For her new AS IF cover story, "Avengers: Endgame" star Scarlett Johansson posed for Tatijana Shoan, and was placed into some of the imagery of artist David Salle's current Skarstedt Gallery show, "Musicality and Humour."

The outcome? An explosion of talent, fashion, beauty, and creativity — which could also sum up Johansson's illustrious career.

All images by Tatijana Shoan for AS IF
Take your pick... or take all three!

Speaking with Salle about the fabulous Peter Hidalgo dresses she wears — which will be sold at AsIfMag.com and at select retailers in the fall — Johansson says what she wears on-screen is a vital part of her performance. 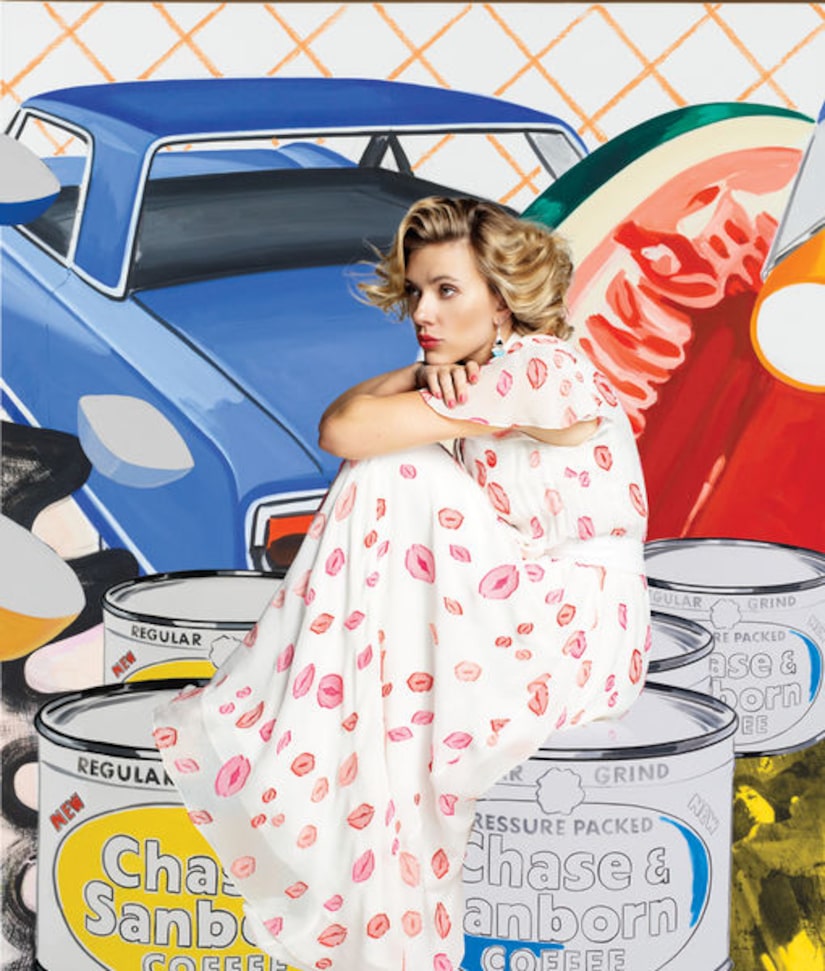 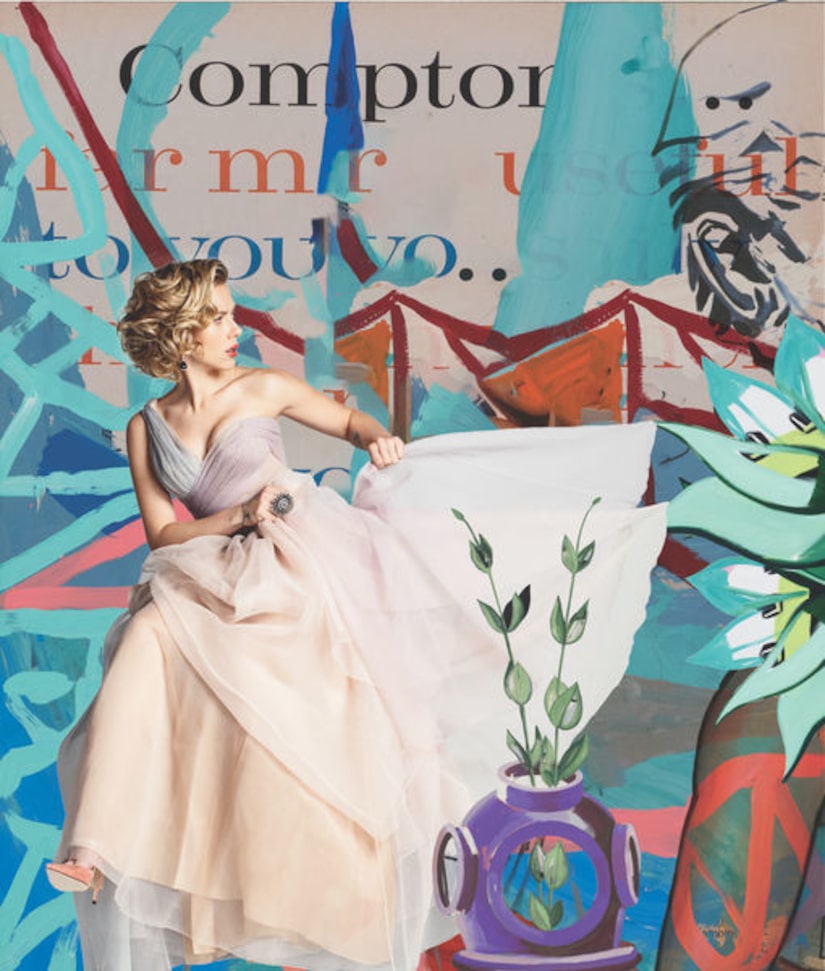 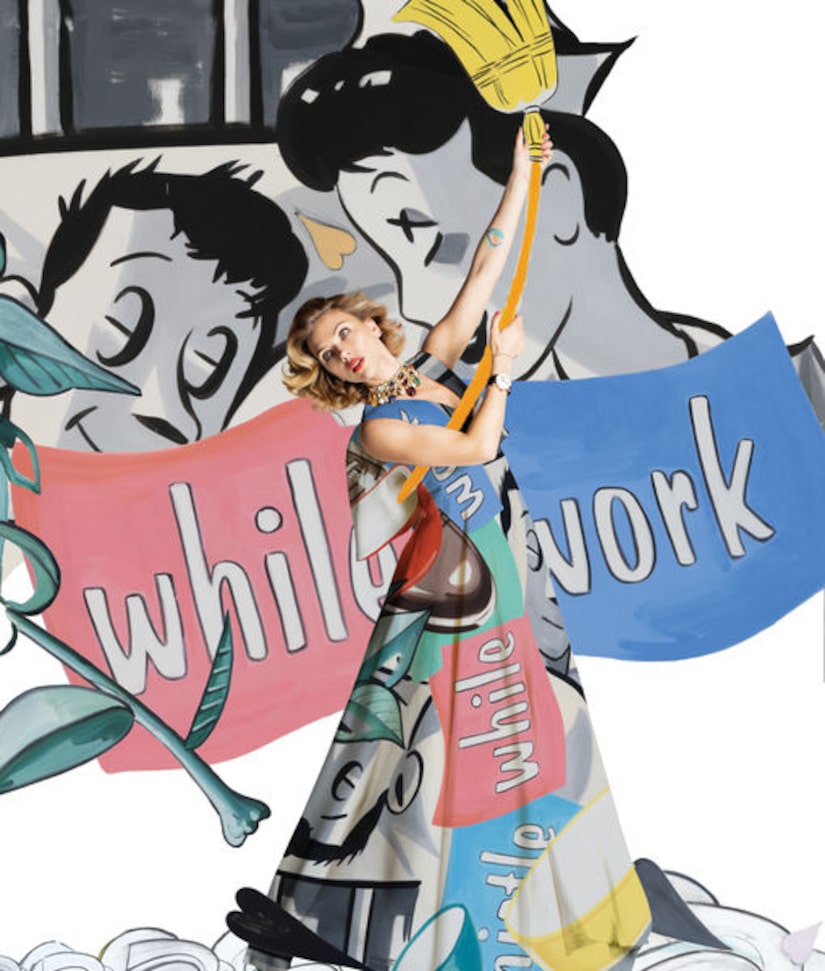 "The costume is very important for me," she says in the Q&A, "and also for the audience, because it gives the actor and the audience clues into who the character is. It provides an actor clues into how a character feels about themselves and how they want to be presented, which I think are important. It helps me as an actor because it's part of the process of getting ready to go, it's just another layer. I'm already in the mindset, and then I put on these particular clothes that have meaning to me as an actor because I make active choices in choosing the costume, whether I'm choosing personal pieces of jewelry, a pair of shoes, or something sentimental to my character." 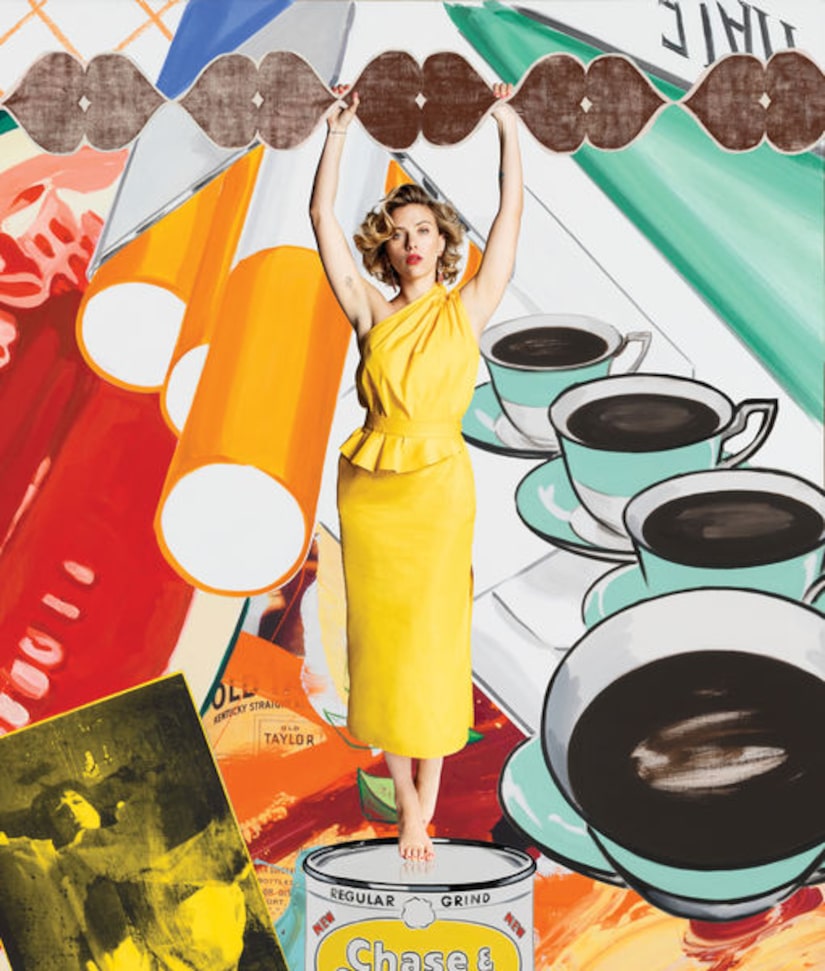 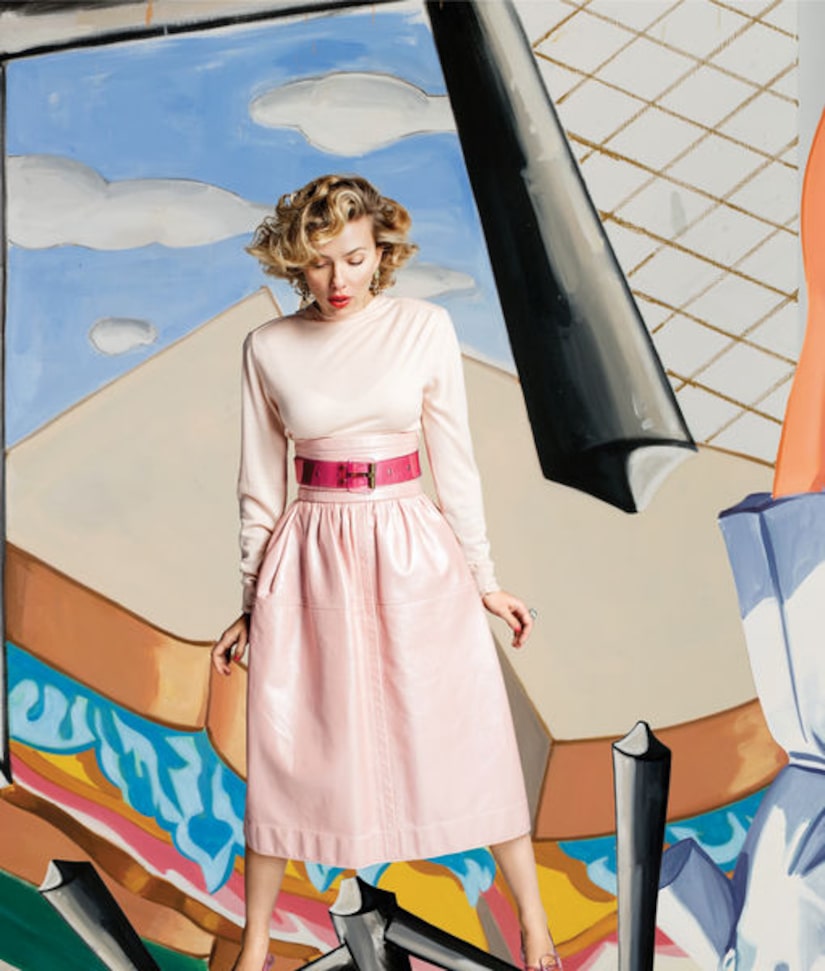 The actress, whose timeless quality is one reason why she is one of the all-time biggest box-office draws, says she has been as inspired by film icons of the past as her fans are by her today. "There were actors during the later Golden Age of Hollywood era that had a certain confidence, which I think was due to the force of this new, naturalistic style of performance," she says. "I'm thinking of actors like James Dean, Natalie Wood and Marlon Brando. These actors were starting a revolution in Hollywood with screen acting. They had a very messy, unpredictable, and thrilling aspect to their performances, and watching them is thrilling because of it." 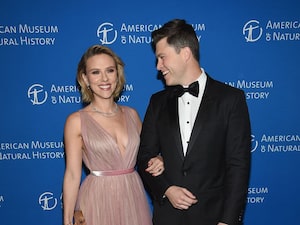 She also touches on the controversy of actors playing different genders and ethnicities, saying, "You know, as an actor I should be allowed to play any person, or any tree, or any animal because that is my job and the requirementsof my job... There are a lot of social lines being drawn now, and a lot of political correctness is being reflected in art." 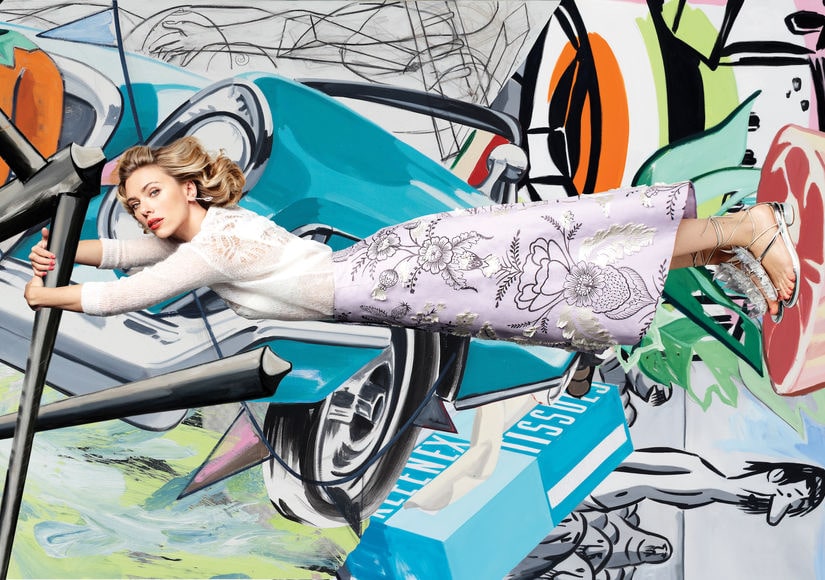 Don't look for a Scarlett Johansson one-woman show! She recoils at the idea, saying, "I like actors and I thrive off the energy I get from my fellow actors; and I get ideas from them too. Also, I can put all my anguish, and all my desire, loathing, lust, love, and despair onto them with no consequences; no real consequences. And then, at the end of the day, I say, 'Okay, see you tomorrow!'"

The new issue of AS IF is on sale now. 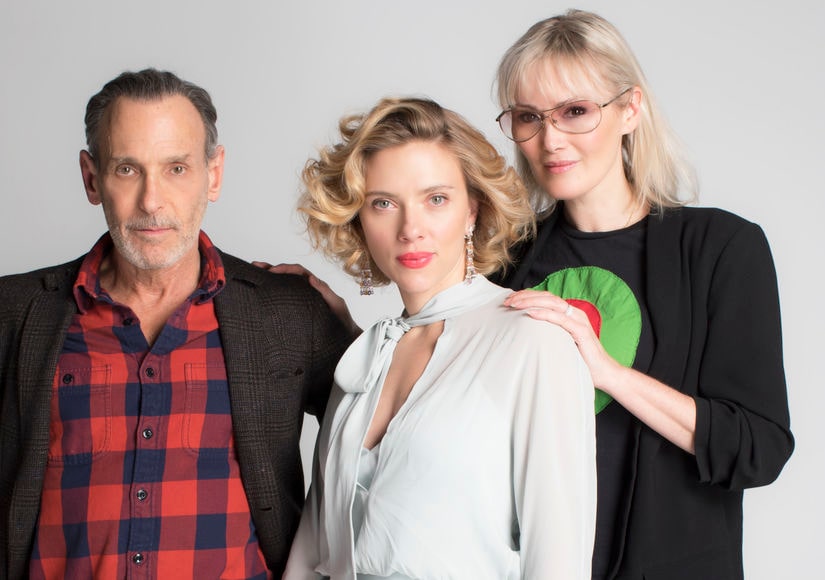 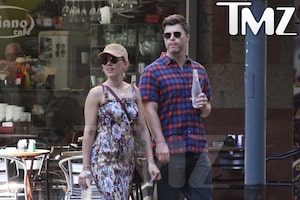 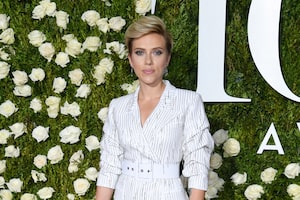 Why Scarlett Johansson Went to an L.A. Police Station 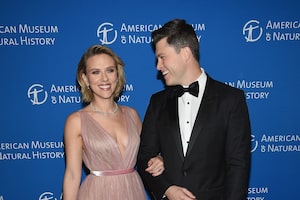 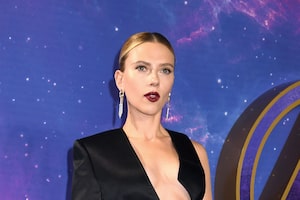