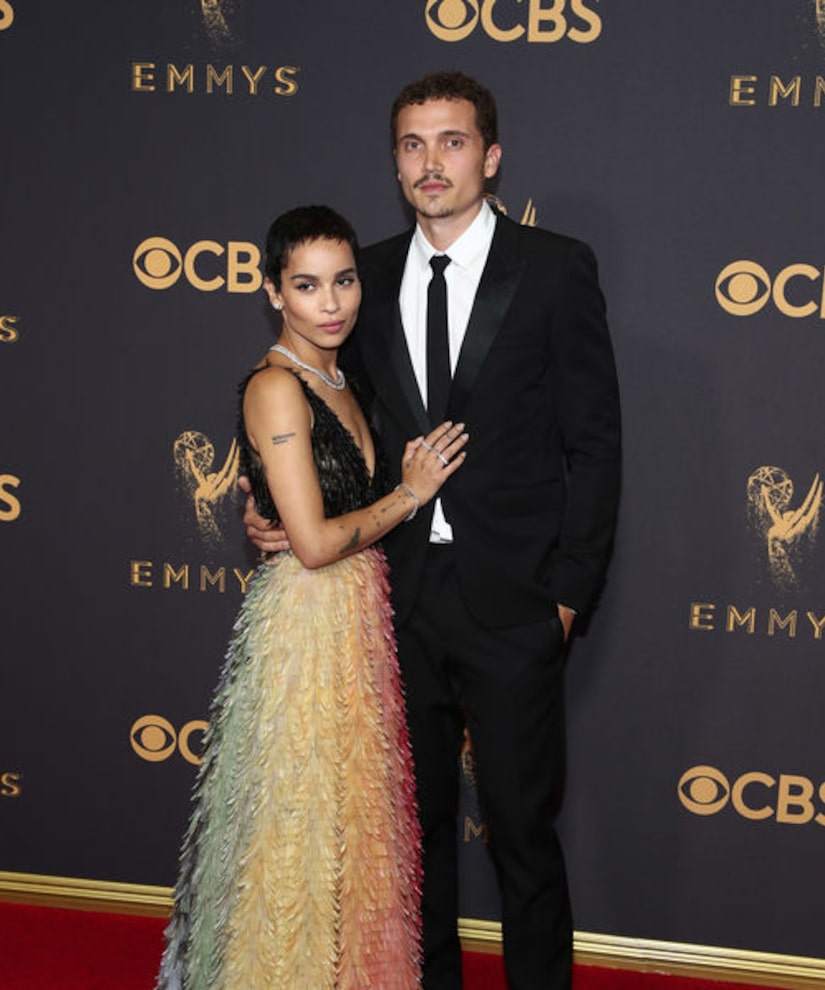 Zoë Kravitz, 30, and fellow actor Karl Glusman, 31, exchanged "I dos" Saturday — and they did it at the Paris home of her rock-star dad, Lenny Kravitz!

The vows took place in Lenny's three-story, 18th-century mansion, known for its gardens, for its world-class art collection, and for its basement speakeasy.

The couple had a "tremendously joyous party" on Friday as part of the rehearsal dinner at Restaurant Lapérouse.

Kravitz and Glusman announced their engagement in 2018 after dating for a year and a half. This is the first marriage for both.