On Tuesday, Tiffany Haddish opened up about her decision to postpone shows in Atlanta.

Haddish's move is in protest of Georgia's new abortion law, which effectively bans the procedure after the time when doctors can detect a fetal heartbeat, before most women even realize they are pregnant. She told “Extra” at Universal Studios Hollywood, “When I actually read the bill, when you read… you can see what's going [on].”

The 39-year-old said, “I don't know if other people are going to follow my lead, but I hope that other people read that bill and see what I'm talking about.”

Georgia is the ninth state to enact a restrictive abortion law this year, along with Utah, Missouri, Kentucky, Arkansas, Ohio, Louisiana, Mississippi, and Alabama.

The laws are not yet in effect, either because they are due to be enacted at a later date, or because judges have them on hold due to lawsuits.

On a lighter note, the comedian also discussed her new movie, “The Kitchen,” saying, “Melissa McCarthy and Elisabeth Moss, it's very good, it's a period piece, it takes place in the '70s. We are some mobster wives that end up taking the game.”

Tiffany was on hand to host an event for the new Harry Potter game, “Harry Potter Wizards Unite" with WB Games/Niantic. She shared, “I have read all the Harry Potter books, listened to them on audio, watched all the movies — I'm a big Harry Potter fan. 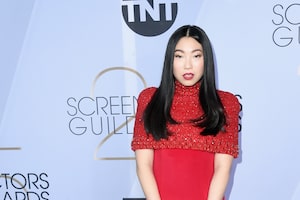 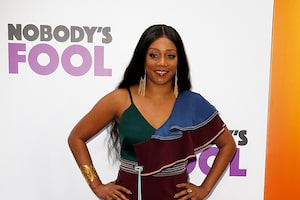