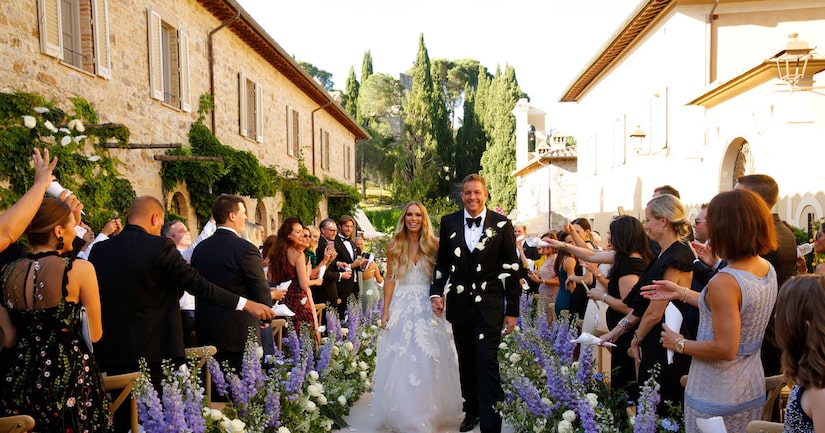 Vogue reports Wozniacki wore a custom Oscar de la Renta fern-and-floral-lace embroidered gown with a tulle veil while David sported a Tom Ford tuxedo for the wedding, which was held at Castiglion del Bosco in Tuscany.

Before they exchanged vows in front of 120 guests, Caroline was walked down the aisle by her dad Piotr as bridesmaid Serena Williams looked on. 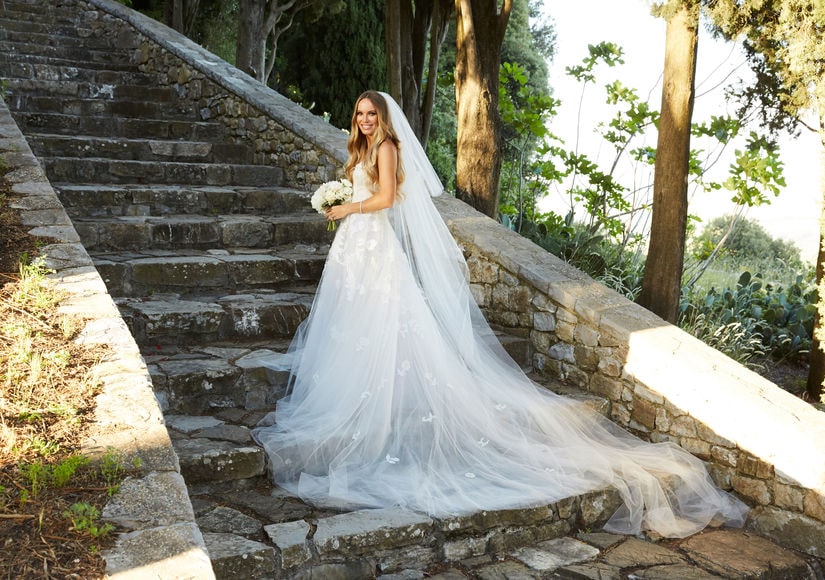 The couple held their wedding at the same venue as Kate Upton and Justin Verlander. Of the reception, Caroline told Vogue, “The setting is already so beautiful; we thought it didn't need too much, so we did low flowers on the table.”

During his speech at the reception, David told their friends and family, “Caroline and I really believe that we are the sum of who we are surrounded by, and with these family and friends that are gathered here today, we're very lucky and that's something that's very special to us, so thank you for coming out.” 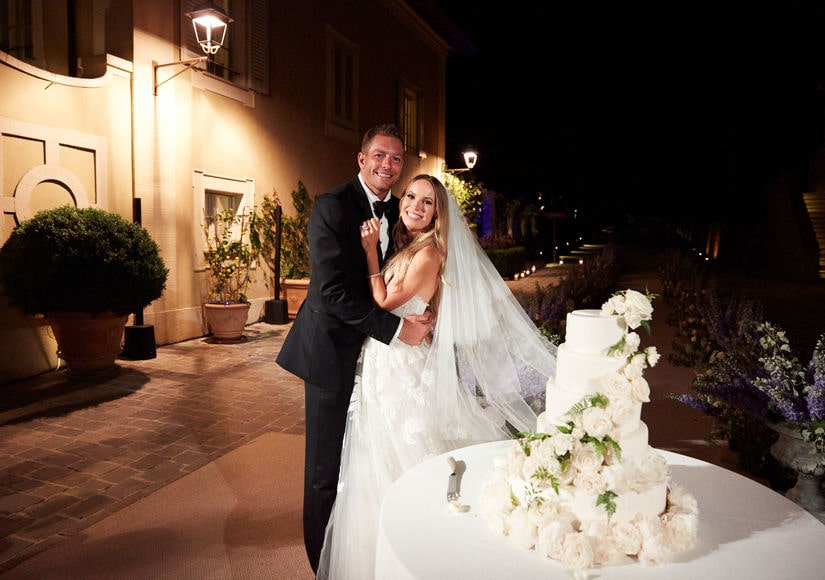 He also opened up about how they first met, saying, “It's November 2015... we're playing against the Miami Heat. I can't remember who won or lost, which probably means we lost by 30 points. I go out to dinner afterwards... they say every relationship begins with a miracle... the fact that [you were out at] dinner past 7:30 p.m. — because normally you would be asleep 8:00 p.m. — was a miracle.”

David went on to praise his wife, saying, “The whole world looks up to you for what you do and what you stand for, and why I look up to you so much. As a man you've made me a better person. I love you with all of my heart and promise to treat you like the most special woman now and forever.”

After the dinner, the guests watched as David and Caroline cut their four-layer cake covered in white roses. The couple also came out for their first dance, swaying back and forth to Lukas Graham's song “Love Someone.” 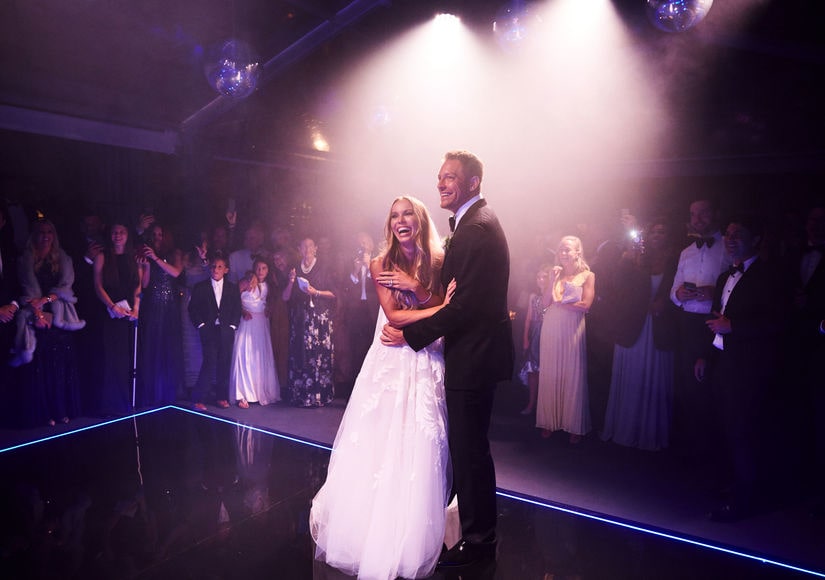 The pair were also able to enjoy a firework show to celebrate their nuptials. Caroline posted a snap taken by photographer Paul White, writing on Instagram, "Best weekend of my life ❤️."

Days before the wedding, Caroline told Vogue that she wasn't “stressed at all!” She pointed out at their rehearsal dinner, “Maybe it's because David and I are both decisive when it comes to stressful situations — and there's no losing here!”

David and Caroline kicked off their wedding weekend with Olympic-esque games, so guests could get to know each other. She noted, “I obviously can't wait to get married, but this is so fun. We're athletes, and our group is full of athletes, really — it's part of us.”

The wedding came more than a year after David popped the question with a massive oval diamond ring in Bora Bora. After she said yes, he wrote on Instagram, “She said YES! So thrilled to be engaged to my soulmate! ❤️💍.”

The pair are now on their “mini moon” with some friends. She posted a pic and also shared a Instagram Story of herself on a jet ski.

It could be a mini honeymoon since Caroline may be prepping for Wimbledon, which kicks off on July 1.