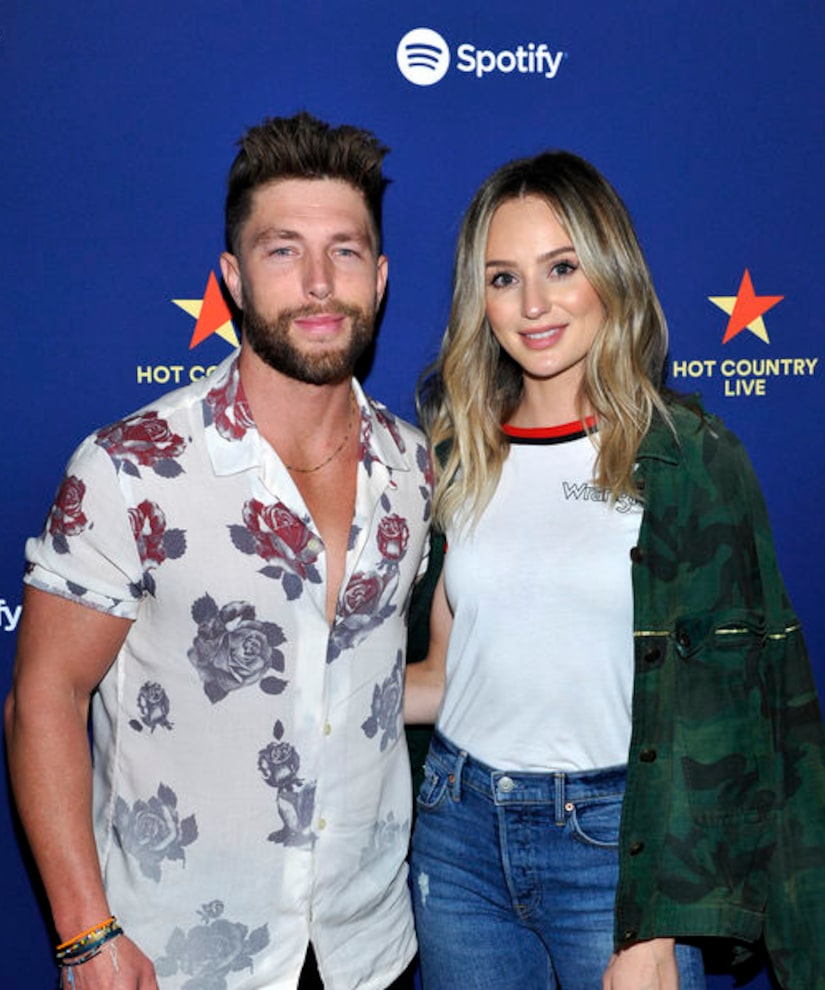 Country singer Chris Lane, 34, and “Bachelor” alum Lauren Bushnell, 29, are taking their relationship to the next level!

On Sunday, Lane popped the question to Bushnell at her family's home in Oregon.

Chris told People, “I knew she wouldn't want some elaborate, crazy proposal. So, I decided to keep it pretty casual. I asked her parents for different places in Portland I could potentially take her to, but after a lot of thought I decided doing it at the family cookout would be the most laid-back setting and that she'd appreciate the simplicity of me proposing to her in her parents' backyard.”

Lane ran his plans by her dad before going down on one knee. He said, “I was initially worried that doing it on Father's Day might not be the best move, but her dad, Dave, said that it could only add to his Father's Day and that's when I decided Sunday, June 16 was the day. Shout out to Lauren's parents, Dave and Kris, for having the yard in tip-top shape!”

While he has been planning the proposal for “a while now,” there was one thing he couldn't stop from happening. He shared, “As I was about to propose… I stepped in fresh dog poop with my bare feet. Not at all how I planned it out in my head!”

As part of the proposal, Chris sang a song he wrote for Lauren called “Big, Big Plans.” He admitted, “Even though I felt pretty confident I was going to get the, 'Yes,' I've never been that nervous. When I got to the third verse of the song and knew it was time, I pretty much blacked out. The next thing I knew, she said 'yes' and the nerves just lifted! It's an explosion of excitement, pure joy, and love.”

What was going on in Lauren's head? She said, “I lost it. It was the happiest moment of my life!”

“Chris is the most thoughtful person,” Bushnell raved about her man. “He clearly put so much time and thought into not only the song, but also making sure everyone I love most was surrounding us in that moment. Holding each other, hearing the song for the first time and then seeing him get down on one knee is a moment I'll never forget. Watching the video back was almost just as emotional as the proposal itself — I still get teary-eyed even thinking about it. Seeing all of those memories in one place and then reliving the best day of my life is pretty special!”

Chris asked for Lauren's hand in marriage with a 3.5-carat, emerald-cut diamond. Since they went ring shopping five months ago “just for fun,” he knew exactly what to get her. He shared, “Watching her try on rings, I learned she loves emerald-cut diamonds. I even heard her say that was the exact kind of ring she wanted. Thankfully she made it pretty easy to pick out!”

As for their dream wedding, Lauren called herself the “world's worse planner,” adding, “I'm definitely going to need some help. I have never really thought about what kind of wedding I want but I definitely want it to be laid-back and somewhat intimate. Oh, and late-night snacks. I'm all about having snacks after hitting the dance floor all night!”

Earlier this month, Chris told "Extra" Special Correspondent Alecia Davis, "I found the best girl in the world, I'm the happiest I've ever been. Life is good."

Two months before their engagement, Chris revealed what kind of wedding Lauren would probably like. At the 2019 Academy of Country Music Awards, he told People, “I think she wants a smaller wedding. So once we get to that point, whatever she wants, I'm down for.”

Lauren and Chris went public with their relationship in November at the 2018 Annual BMI Country Awards in Nashville. At the time, Chris' rep told People magazine, “It's brand-new and they are enjoying spending time together.” 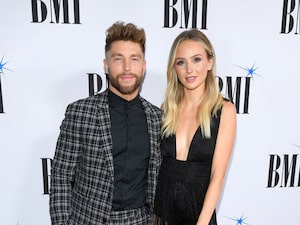 The two had been flirting on Instagram for quite some time before their red carpet debut.

The dating news came a few months after Lauren called it quits with ex Devin Antin. Lane previously dated another “Bachelor” alum Lauren Barr, who was on the same season as Bushnell.

Bushnell was previously engaged to Ben Higgins, who popped the question on the 20th season of “The Bachelor.” They ended their engagement in May 2017. 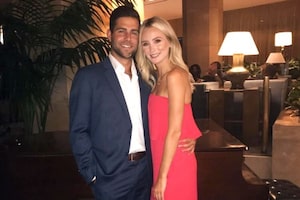 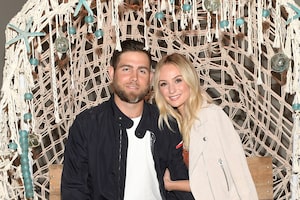 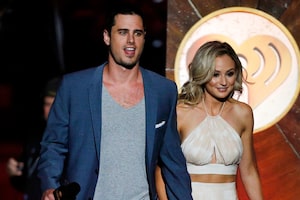