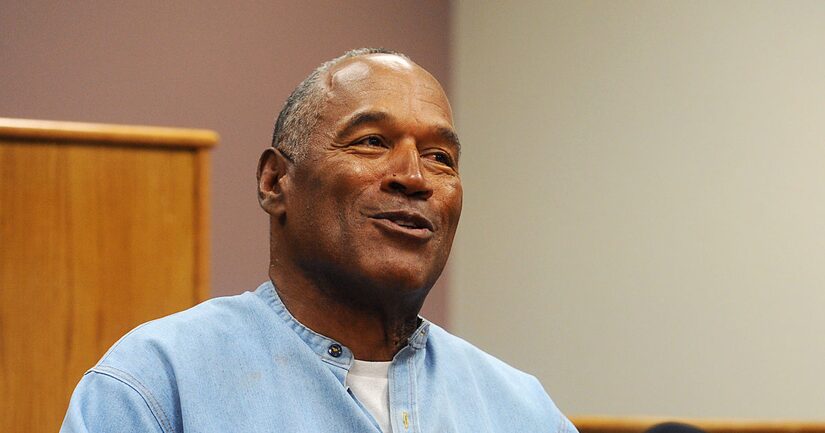 O.J. Simpson has joined Twitter, and he already has a lot to say!

On Father's Day, the 71-year-old shut down rumors that he hooked up with Kris Jenner while she was married to Robert Kardashian. He said in a video, “Once in a while I'm going to go off-topic and talk about other things, and this is one of those times.”

“You know, Bob Kardashian, he was like a brother to me. He was a great guy,” Simpson said of his former defense lawyer, who died in 2003 from esophageal cancer. “He met and married Kris [Jenner] and they really had a great time together, when they were together. Unfortunately, that ended. But never — and I want to stress never, in any shape or form — did I ever have any interest in Kris, romantically or sexually.”

The first thing I want to set straight is this story Pardo (who was not my manger) is talking about all over the media regarding me & @KrisJenner pic.twitter.com/tZ9EJd4qxF

Along with calling all the rumors “bogus, bad, tasteless,” Simpson noted that Jenner never gave “any indication” that she was interested in him.

As for rumors that he is Khloé Kardashian's biological father, Simpson commented, “Khloé, like all the girls, I am very proud of, like I know Bob would be if he was here, but simple facts of the matter is she is not mine.”

In 2016, Khloé addressed the paternity rumors on “Kocktails with Khloé," saying, "I think the thing that most became overwhelming was when, like, the stuff happened with one of my dad's wives. She wanted to come out, like, 10 years later after my dad passed away and said that I'm not his daughter and that he confided in her and blah-say-blah. I was like, 'Listen, you can talk about me and my sisters all you f***ing want. Do not talk about my dad… He's not here!"'

A few years earlier, Kris also slammed the paternity rumors on “Good Morning America.” She insisted, “I have never heard such crap in my life. I mean, I was there. I gave birth. I know who the dad was. Everything's good. We're all good. Don't worry about it.”

The identity of Khloé's biological father has been a topic of conversation for years. Last year, Simpson was asked about Khloé's pregnancy. When asked if congratulations are in order, he told TMZ, “Well, for Bob, God bless his soul, yeah... I don't know for me. I don't think for me — I have nothing to do with it. 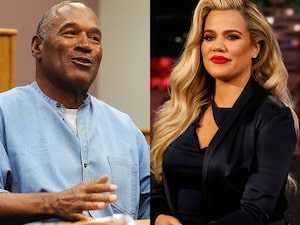 Simpson recently opened up about living in Las Vegas after serving nine years in prison for armed robbery for trying to steal sports memorabilia. He told the Associated Press, “Life is fine.”

He also noted that he and his family don't talk about his 1995 murder trial, in which he was found not guilty of murdering ex-wife Nicole Brown Simpson and Ron Goldman. He said, “We don't need to go back and relive the worst day of our lives. The subject of the moment is the subject I will never revisit again. My family and I have moved on to what we call the 'no negative zone.' We focus on the positives.”

Last year, “Extra's” Renee Bargh spoke with the prosecutor on the murder case, Marcia Clark, who weighed in on the recent two-hour special “O.J. Simpson: The Lost Confession?” at Universal Studios Hollywood. Watch!