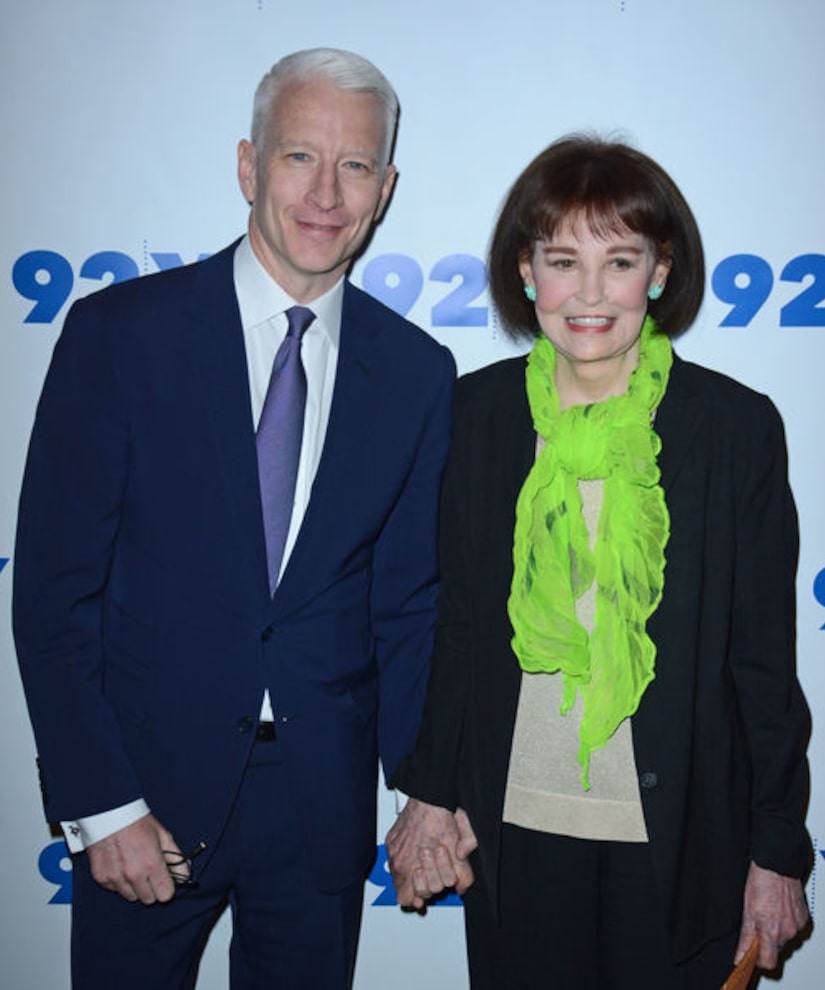 Fashion icon and socialite Gloria Vanderbilt, one of the first people to popularize designer jeans, has passed away at the age of 95.

On Monday, Vanderbilt's son Anderson Cooper revealed that she had died of stomach cancer. In an obituary on CNN, he said, “Earlier this month, we had to take her to the hospital. That's where we learned she had very advanced cancer in her stomach and that it had spread. When the doctor told her she had cancer, she was silent for a while, and then she said, 'Well, it's like that old song: Show me the way to get out of this world, because that's where everything is.'"

Cooper continued, “Love is what she believed in more than anything… Gloria Vanderbilt was an extraordinary woman, who loved life, and lived it on her own terms," Cooper said in a statement. "She was a painter, a writer, and designer but also a remarkable mother, wife, and friend. She was 95 years old, but ask anyone close to her, and they'd tell you, she was the youngest person they knew, the coolest, and most modern."

Vanderbilt's passing came three years after the release of the memoir “The Rainbow Comes and Goes: A Mother and Son Talk About Life, Love, and Loss,” which she wrote with Cooper about the suicide of her son, Carter.

Before Vanderbilt built her denim empire in the '70s, she was a fashion model, even appearing in Harper's Bazaar at the age of 17.

A year after her birth, Vanderbilt's father, railroad heir Reginald Claypoole Vanderbilt, passed away from cirrhosis of the liver when she was 18 months old, leaving her with a multi-million dollar trust fund.

When Vanderbilt was 10, she was involved in the “custody battle of the century” between her mom Gloria Morgan and her aunt Gertrude Vanderbilt Whitney, who founded NYC's famed Whitney Museum and who won the scandalous case.

Vanderbilt moved to Hollywood years later, where she started dating movie stars. She shared with People, “The summer after my junior year in high school I went out on dates with movie stars every night: Errol Flynn, George Montgomery, Ray Milland. My mother let me do anything that I wanted to do and I hardly ever saw her.”

Paul McCartney even wrote a song “Mrs. Vanderbilt,” loosely inspired by her life.

Vanderbilt is survived by three sons.