Take a peek inside Gretchen Rossi and Slade Smiley's perfectly pink baby shower. Click the photo above to view the pics!

The couple is expecting their first child together, a baby girl they have already named Skylar Gray.

The décor included a pink carpet, pink balloons by the Balloon Box, and gorgeous pink-and-white bouquets and garlands by Glamour Flower Boutique.

The party also featured touches of gold, including a “Skylar Gray” sign on the wall and “Baby Smiley” sign on the floor. A six-tiered white tower cake was adorned with flowers and gold accents as well as an “S” for "Skylar."

The former “Real Housewives of Orange County” star showed off her baby bump in a flowing white gown while sporting some serious bling. Smiley looked dapper in a gray suit with a pink shirt.

The couple shared a romantic dance and a smooch for the cameras.

Some of the famous faces at the party included D'Andra Simmons, Scheana Shay, Phaedra Parks and Patti Stanger, according to People. 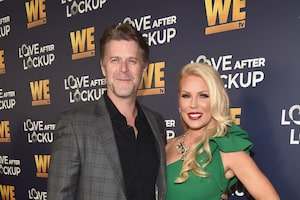 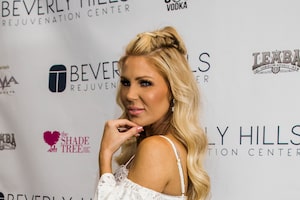