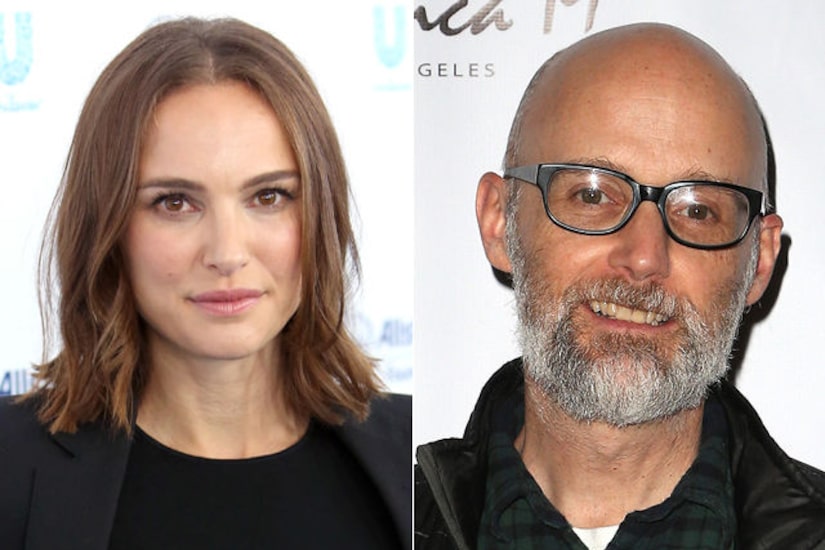 Actress Natalie Portman is slamming singer Moby, who claims in his memoir “Then It Fell Apart" that they dated.

He asserts that he “tried” to be her boyfriend “for a few weeks” when he was 33 and she was 20. In an excerpt, he wrote, “I was a bald binge drinker and Natalie Portman was a beautiful movie star.

Moby went on to say that their fling ended once she told him that she met someone else. He recalled, “I thought that I was going to have to tell her that my panic was too egregious for me to be in a real relationship, but one night on the phone she informed me that she'd met somebody else. I was relieved that I'd never have to tell her how damaged I was."

Portman has a different perspective of what went down between her and Moby. She told Harper's Bazaar UK, “I was surprised to hear that he characterized the very short time that I knew him as dating because my recollection is a much older man being creepy with me when I just had graduated high school.”

She emphasized, “He said I was 20; I definitely wasn't. I was a teenager. I had just turned 18. There was no fact-checking from him or his publisher — it almost feels deliberate. That he used this story to sell his book was very disturbing to me. It wasn't the case. There are many factual errors and inventions. I would have liked him or his publisher to reach out to fact-check.”

Portman also opened up about their first meeting, saying, “I was a fan and went to one of his shows when I had just graduated. When we met after the show, he said, 'Let's be friends.' He was on tour and I was working, shooting a film, so we only hung out a handful of times before I realized that this was an older man who was interested in me in a way that felt inappropriate.”

Moby reacted to her comments on Instagram. Along with a shirtless photo of himself with Portman, he wrote, "This confused me, as we did, in fact, date. And after briefly dating in 1999 we remained friends for years. I like Natalie, and I respect her intelligence and activism. But, to be honest, I can't figure out why she would actively misrepresent the truth about our(albeit brief)involvement."

He stuck by his story, emphasizing, "The story as laid out in my book Then It Fell Apart is accurate, with lots of corroborating photo evidence, etc."

Moby ended his post, writing, "I completely respect Natalie's possible regret in dating me(to be fair, I would probably regret dating me, too), but it doesn't alter the actual facts of our brief romantic history."

Moby also claims he had a fling with another Hollywood actress, Christina Ricci, when she was 20. After his performance at the Greek Theater, they went back to his hotel room. In the book, he wrote, “I put my glass down and kissed Christina. 'I was with a smart, beautiful movie star and closing the book on the greatest 18 months of my life.”

She has not commented on the alleged fling.

In Moby's book, he also detailed his brief romance with Lana Del Rey, who was not famous at the time and went by the name Lizzie Grant. According to him, they went to a vegan restaurant for their first date in 2006. He wrote, “We'd kissed at the bar at 4 a.m., just as the place was closing, and I'd asked her to come home with me. She'd smiled and said no, she wouldn't go home with me after just meeting me, but she would happily go on a date if I called her and asked her out. I called her the next day, and we talked for thirty minutes about music and politics and growing up in the suburbs.”

He would later identify Grant as Lana Del Rey while discussing his side-project, Little Death. He said, “Lizzie Grant, whom I'd tried dating a couple of years ago, was one of our original backup singers, but she left the group to pursue her own career as Lana Del Rey.”

Lana has not shared her thoughts on Moby's dating revelation.

Moby's book “Then It Fell Apart” is available now. 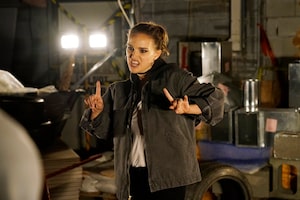 Natalie Portman Giggles at the Prospect of a Rap Career