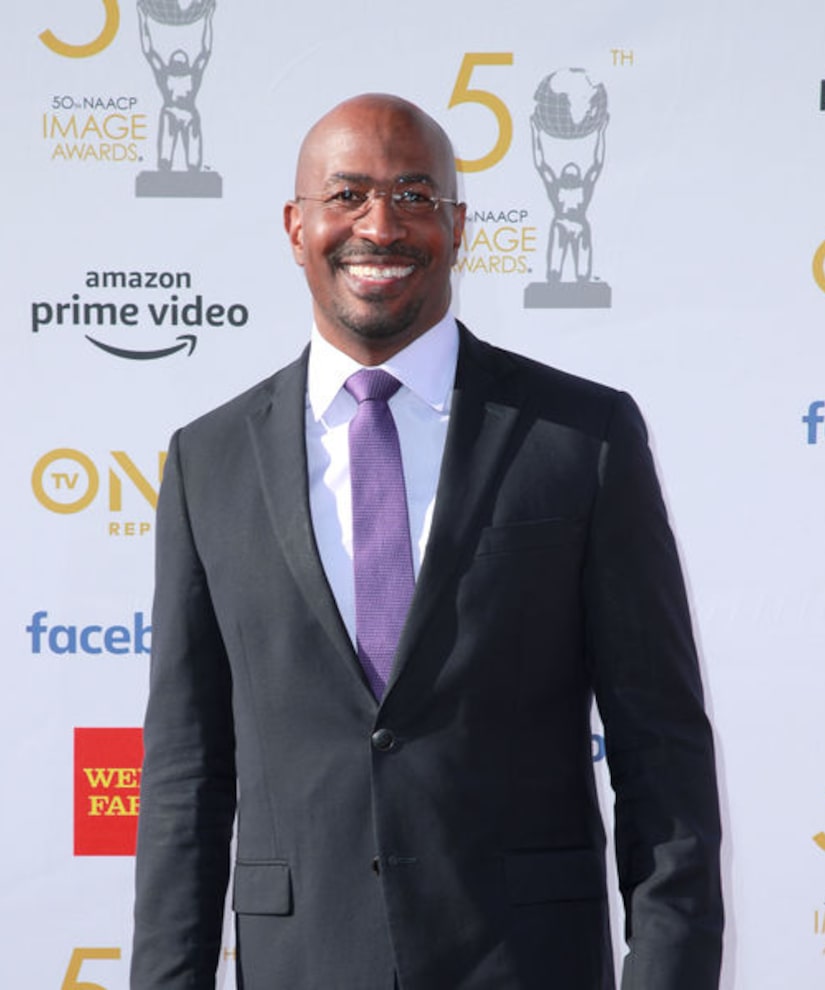 “Extra” caught up with Van Jones ahead of the premiere of his new series “The Redemption Project with Van Jones.” The political commentator opened up about working with Kim Kardashian as she prepares to take the bar exam.

Kim has credited Van for helping her, and he told us, “I met Kim Kardashian interviewing her… She had just gotten someone out of prison with Donald's Trump help and support and after the interview we just kept talking and kept talking and we started working together on prison reform.”

“I have seen a lot of celebrities get involved with causes," he went on to say. "I have never seen anyone change their whole life the way she has. She has gone from 0 to 100,000. She is studying now to become a lawyer.”

Jones made it clear that Kardashian is very serious about accomplishing her goal. “She takes these cases seriously. It's embarrassing to go into a meeting with Kim Kardashian, you're the attorney and she's not and she knows more than you by far, and that happens all the time. She is so prepared, she is so passionate, she reads the letters that she gets, and is always trying to figure out how to be helpful.”

He added, “People forget she is the daughter of a very accomplished lawyer. She is also the mother of three African-American kids, so that puts that criminal justice conversation in a different place. She is just extraordinary, and people are just going to have to reassess — she is not that kid that used to party with Paris Hilton.”

Kim is taking the difficult route, completing an apprenticeship in order to take the bar. Van called it “brutal,” saying, “She is like a sponge. We are having to work to keep ahead of her. Kim Kardashian is outgrowing everybody right now.”

“The Redemption Project with Van Jones” premieres April 28 at 9 p.m. on CNN.