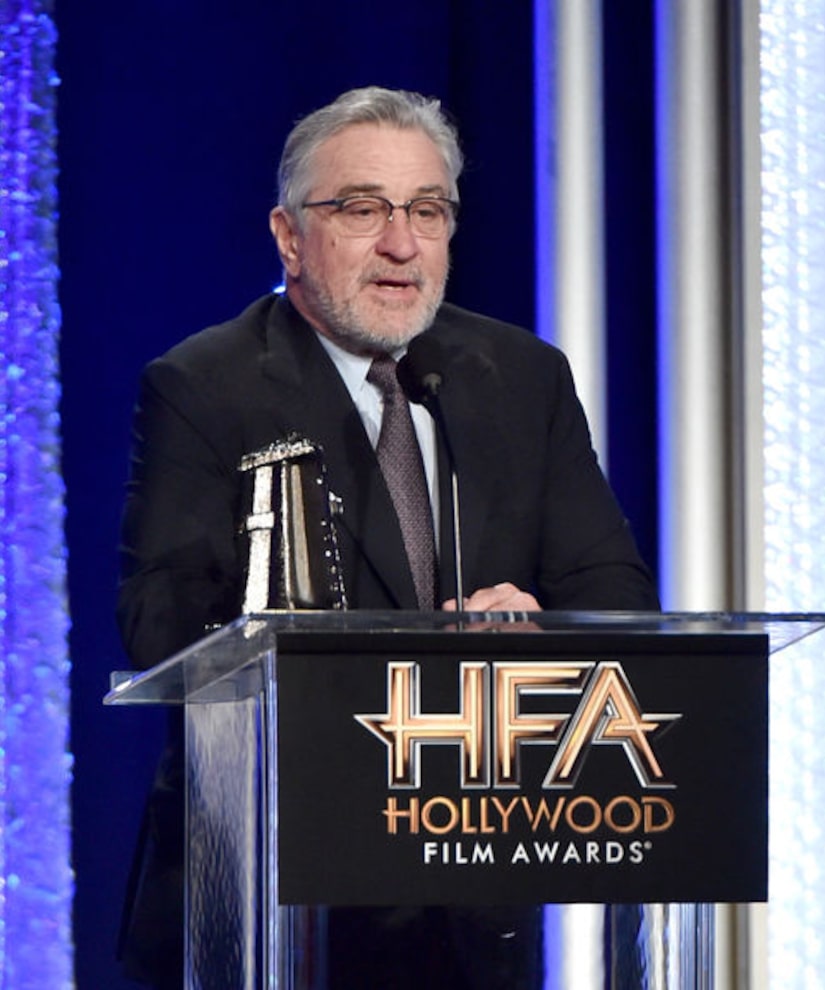 On Wednesday, actor Robert De Niro was joined by producer Jane Rosenthal as they announced the lineup of the 18th Tribeca Film Festival.

“Extra” spoke with De Niro, who weighed in on the college admission scandal that has been dominating headlines, with Lori Loughlin and Felicity Hoffman due in court Wednesday. He said, “I feel very bad for them, but I don't understand how you do that. I didn't do it with my kids… One of my kids did not make it, they just did not make it academically, and they didn't go — sorry. My other one did… You don't want your kid ever to think they got in in a way that's not totally proper and correct — you can't do that.”

“The guy looks like a shifty con artist, Singer, and could have duped people or made them rationalize that they were doing something that wasn't really untoward, but it bothers me,” De Niro continued, referencing the man at the center of the probe.

Over the weekend, the legendary actor made a cameo on “SNL” playing Robert Mueller, so will he back for more? He commented, “Well, I hope I come back, putting the handcuffs on Trump and leading him away in an orange jumpsuit — that's my dream.”

During the festival, De Niro will reunite with director Martin Scorsese for an in-depth conversation about their respective careers. He said, “We're gonna show pieces of all nine films, probably comment on stuff.”

He went on to say, “I hope, ideally, we can talk about things, details and specifics, and certain scenes that maybe people would be curious about.”

Rosenthal dished, “It's a fabulous festival this year. It's a lot of music.”

The Tribeca Film Festival will take place April 24-May 5 in New York City. For the full lineup, visit TribecaFilm.com.