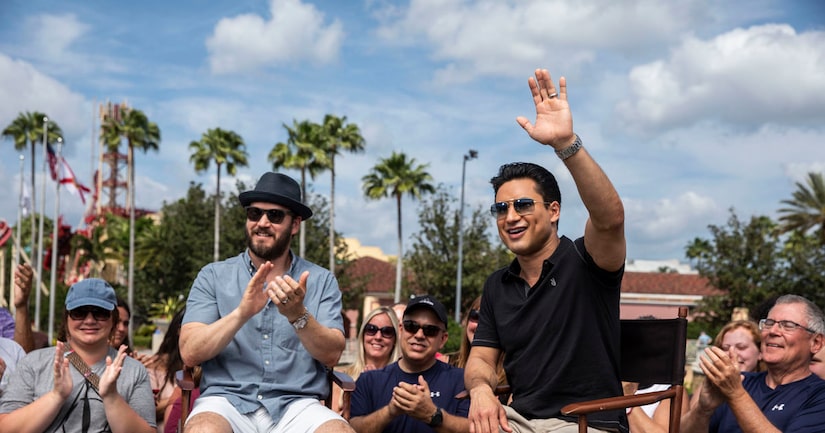 It was a “Saved by the Bell” reunion on “Extra” as Mark-Paul Gosselaar joined Mario Lopez at Universal Orlando Resorts earlier this month.

Along with promoting Mark-Paul's new hit show, “The Passage,” the two reminisced about their time together on TV and revealed whether they would ever do a re-boot of “Saved by the Bell.”

Fans were thrilled to see Mark-Paul and Mario together. When one asked about a possible re-boot, Mario, who is “open to it,” said, “What's different about our show as opposed to when they do 'Full House' and those other shows, we were in high school, so we couldn't go back to being in high school, obviously, right? Could be our kids, theoretically, and stuff."

What was their favorite episode was to shoot? Gosselaar answered, “We went to Palm Springs, Hawaii…” Lopez chimed in, “Anytime we got out of the classroom, I liked.” Mark agreed, saying, “Those are memorable.”

Gosselaar was fresh off shooting the first season of "The Passage," his critically acclaimed series about a botched experiment that turns death-row inmates into infectious vampires. Mark-Paul said his favorite part of shooting the show has been "being pleasantly surprised that all the hard work we put into it created this really great product that I enjoyed watching with my kids and my family and friends.”

His family — wife Catriona and their four kids — also joined him at Universal Orlando Resorts for a little fun in the sun.

He pointed out to Mario, “As you know, when you have kids, it's not a vacation, it's a trip!" 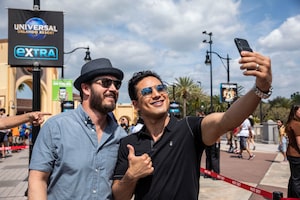 'Extra' Takes Over Universal Orlando Resort with ‘Saved by the Bell’ Reunion! 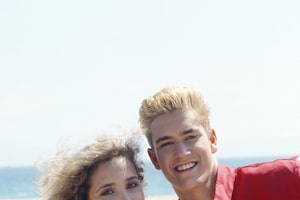 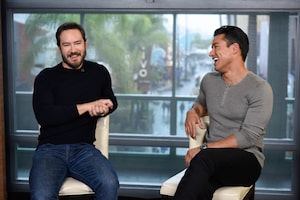 ‘Saved by the Bell’ Reunion! Mario Lopez Catches Up with Mark-Paul Gosselaar