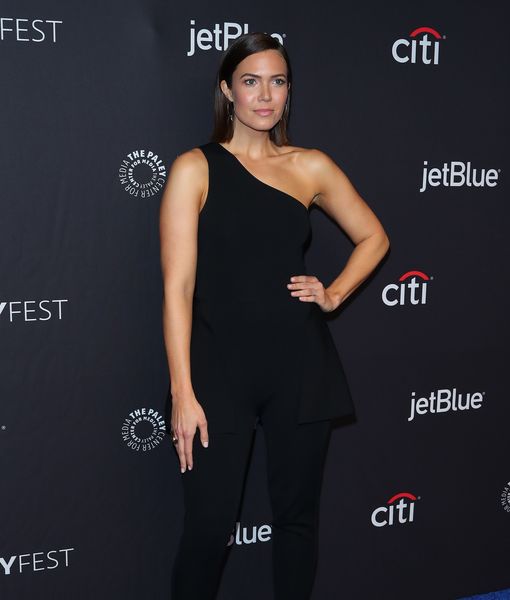 Over the weekend, the cast of NBC’s hit show, “This Is Us” took the stage at PaleyFest to celebrate the end of Season 3.

“Extra’s” Tanika Ray spoke with Mandy Moore, who has been praised for opening up about her own real-life drama, accusing ex-husband Ryan Adams of being verbally and emotionally abusive during their marriage. She commented, “Do we ever really heal? I think you just continue to put one foot in front of the other.”

She went on, “There was no way I couldn't speak my truth and tell my story. And I was emboldened by the fact that there were other women that had been in the same situation, many other women, and it was undeniable to me.”

When asked if she felt a little freer after telling her story, Mandy said, “In that sense, absolutely, but it is still an incredibly painful part of my life… Hearing from so many woman who spoke out about psychological abuse and emotional abuse and how real it is, how prevalent it is, and how we're not really having much of a conversation about it, so for other victims of that form of abuse to be understood and heard, made me feel good.”

Adams responded to claims of psychological abuse and sexual misconduct, tweeting, “I am not a perfect man and I have made many mistakes. To anyone I have ever hurt, however unintentionally, I apologize deeply and unreservedly.”

He denied allegations in a recent New York Times exposé, saying, “The picture that this article paints is upsettingly inaccurate. Some of its details are misrepresented; some are exaggerated; some are outright false. I would never have inappropriate interactions with someone I thought was underage. Period.”

Moore also weighed in on rumors that “This Is Us” will end after Season 6. She said, “These characters have been on quite a journey, and our writers are incredible; I wouldn't be so quick to say it's six and done.”

She emphasized, “It’s just a rumor; I am here to put an end to the speculation that it’s just six.”