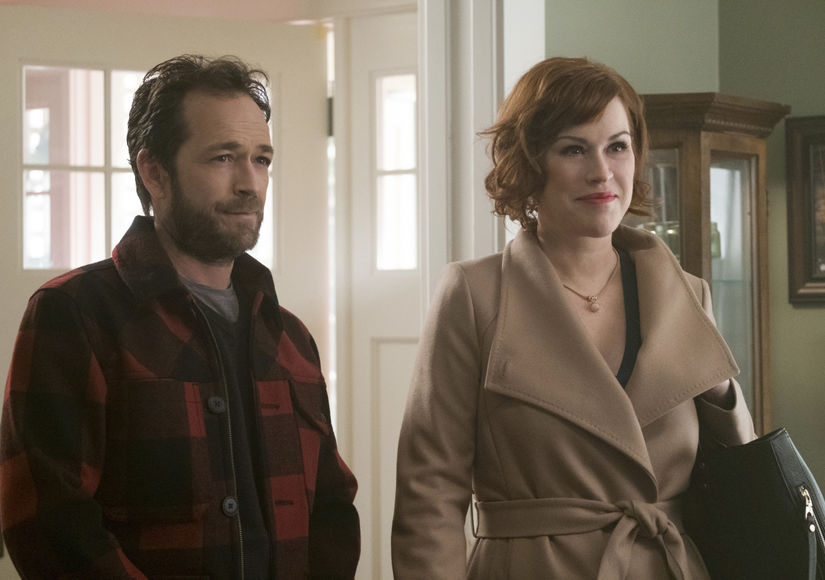 Hollywood is expressing its shock over actor Luke Perry’s untimely death at the age of 52. 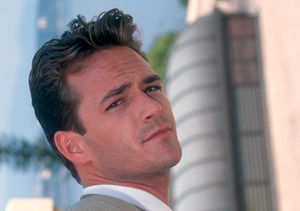 After news of his death broke, former “Beverly Hills, 90210” co-star Ian Ziering tweeted, “Dearest Luke, I will forever bask in the loving memories we've shared over the last thirty years. May your journey forward be enriched by the magnificent souls who have passed before you, just like you have done here, for those you leave behind.”

In a statement obtained by "Extra," Gabrielle Carteris, who also starred on "Beverly Hills, 90210," said, "I am absolutely heartbroken. Luke was a tremendous force in the lives of so many. He was a very sensitive soul who was kind, generous and he fought for the underdog. He was a strong voice and an advocate who will be so missed by all who knew him. He has left his mark – never to be forgotten.”

Chris Nassif, who was Perry's agent during his time on "Beverly Hills, 90210," said in a statement, "Luke will be missed, a friend gone way too soon. It seems like yesterday that I was Luke’s agent negotiating his role on ‘Beverly Hills, 90210’. I would like to express my condolences to his family and friends during this difficult time.”

His "Riverdale” co-star Molly Ringwald, who plays his wife on the show, tweeted, “My heart is broken. I will miss you so much Luke Perry. Sending all my love to your family.#LukePerry.”

Lili Reinhart, another "Riverdale" co-star, tweeted, "I’m finding it hard to grasp that he will no longer be around to give long hugs and share his wisdom and kindness with all of us. I’m thinking of his family. His children. I pray for them to heal and find peace in this devastating loss." She added, "I just can't believe it."

Skeet Ulrich, also shared a message, writing, "Every moment must count. Our sweet and dear friend Luke has passed. Words can't even... I love you so much brother. God Bless you and I can't wait to see you again down the road."

In a separate statement, "Riverdale" executive producers said, "We are deeply saddened to learn today about the passing of Luke Perry. A beloved member of the Riverdale, Warner Bros. and CW family, Luke was everything you would hope he would be: an incredibly caring, consummate professional with a giant heart, and a true friend to all. A father figure and mentor to the show’s young cast, Luke was incredibly generous, and he infused the set with love and kindness. Our thoughts are with Luke’s family during this most difficult time.”

Luke Perry was a kindhearted and incredibly talented artist. It was an honor to be able to work with him. My thoughts and prayers go out to him and his loved ones.

Luke Perry was my 1st crush. Eh, more like obsession (I wore pins w his face on them to school 🙊) I used to dream of making it to LA just to meet him. I never got to, but I've always heard he was a really great person. 😔 Praying for his family & kids.... Rest in love ❤️❤️❤️❤️🌥

The first time I met Luke Perry we talked about what kind of movie we wanted “Buffy” to be. I asked if he’d ever seen “Near Dark” and he gave me a look of HOW DARE YOU SIR and I knew we’d get along. Funny, committed, and always gracious. He shouldn’t be gone.

Luke Perry was a great actor and truly one of a kind. Watching him on 90210 was one of the reasons why I wanted to move to LA. Thinking of his family and friends on and off the set. Rest in peace.

LUKE PERRY WAS A GENTLEMAN AND A PROFESSIONAL, MAY HE REST IN PEACE

This is so so sad. Luke Perry has died at the age of 52 after suffering a massive stroke. He was surrounded by his children Jack and Sophie, fiancé Wendy, his ex-wife, and his family and friends. Thinking of them all today.💔 #LukePerry pic.twitter.com/1vbzN6Xvst

The first person I remember watching on TV and thinking “that guy is cool” was Luke Perry. He made a kid from BK wanna go to Baja to surf for the weekend. My heart goes out to his loved ones. He will be missed.

Luke Perry was a character actor in the body of a heartthrob.

Good Lord! RIP Luke Perry. 52? Are you kidding me? So sad. So very very sad. Love to all of his friends and family. #tragic #LukePerry

Luke Perry was humble and kind every time we crossed paths. I’m so sorry to hear of his passing.

Luke Perry - Irreplaceable beautiful and kind human being, incredible friend, generous actor and adoring father to Jack and Sophie and loving partner to Madison we are all heartbroken. You are the love and you are the light. pic.twitter.com/X3ycTvmXsb

Condolences to the family of Luke Perry. 😞

Super sad to hear the news about actor Luke Perry. Interviewed him several times, always such a lovely gentleman. Great guy. God bless him and his family. pic.twitter.com/YZq59joDK3

RIP Luke Perry. In high school we all wanted to be as cool as you.

RIP Luke Perry! You made your mark. 🙏

you
made every
situation better,
my man.

your
elegance
your wit
your charm
and
your giant heart,
inspired and
enchanted so many
of us,
on countless
occasions,
with brilliant aplomb.

i am
truly honored
to have known you
all of these years.

I’m totally heartbroken. Luke took me under his wing the day I was cast and made me feel like I belonged. He was the most generous, wise soul with unmatched kindness. He treated everyone with love and joy. We had so much fun. Praying for his family. 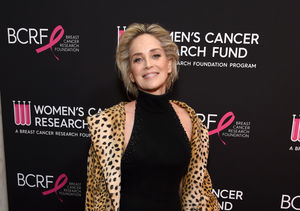 Ryan Seacrest Returns to ‘Live! With Kelly and Ryan’ — How’s… 2

Why Ryan Seacrest Has Been Absent on ‘Live! With Kelly and Ryan’ 6

Rosie O’Donnell on Her Past BF and How Madonna Reacted! Plus, She… 7

How to Restore Your Hair Using the Biomethod! 8

DeMario Jackson Goes Into Graphic Detail About Sexual Encounter with… 10