One year after he popped the question, rocker Tommy Lee, 56, and social media star Brittany Furlan, 32, are married!

Earlier in the day, Lee tweeted, “Holy faaaaaaak!! I'm getting married in 4 hours! 🙃.”

A few days ago, Furlan hinted at the nuptials, tweeting, “I can't believe I went from the most depressed, lonely girl, thinking I would die alone with my dogs to getting married in 4 days…wow.” 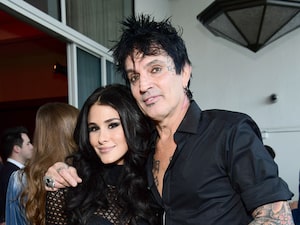 A few months later, rumors swirled that they secretly got married after she shared a photo of them kissing near an altar.

The pair sparked romance rumors in summer of 2017 after they were seen canoodling in Calabasas, California. 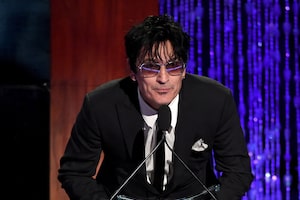