The second night of the annual Casamigos Tequila Halloween Party — this one held in Las Vegas — attracted more party-minded stars in outrageous costumes, solidifying the liquor brand's supremacy when it comes to throwing memorable costume bashes. 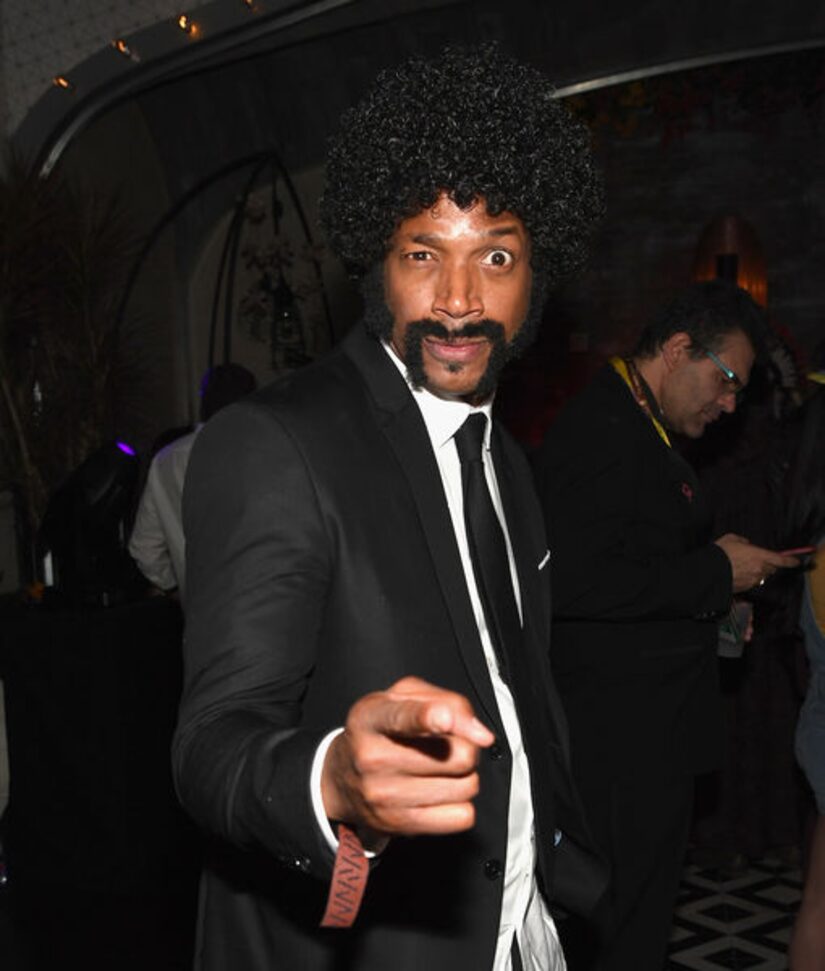 Getty Images for Casamigos Tequila
"Come on, let's get into character" — Marlon Wayans got a little "Pulp Fiction"-al.

George joked exclusively to "Extra" of the airline uniforms he, Rande and Cindy wore, “This is our work outfit... We flew in tonight." Rande chimed in, “We heard it was a Casamigos party, so we decided to show up.”

Rande said of his trip from L.A., where they partied the night before, “I thought we had a smooth landing — you'll have to ask the passangers." George, not missing a beat, said, “It's really nice when you can have Cindy as your flight attendant.”

Cindy played along, saying, “I did keep everyone under control I feel. Casamigos has really kind of taken on Halloween as your guy's night... It's fun. We enjoy it — it's go big or go home.”

The space was lined with sparkly Casamigos Tequila barrels and enclosed with black brick walls, a Casamigos bottle installation at the entrance. There was also a giant agave inside, made from mini Casamigos bottles. 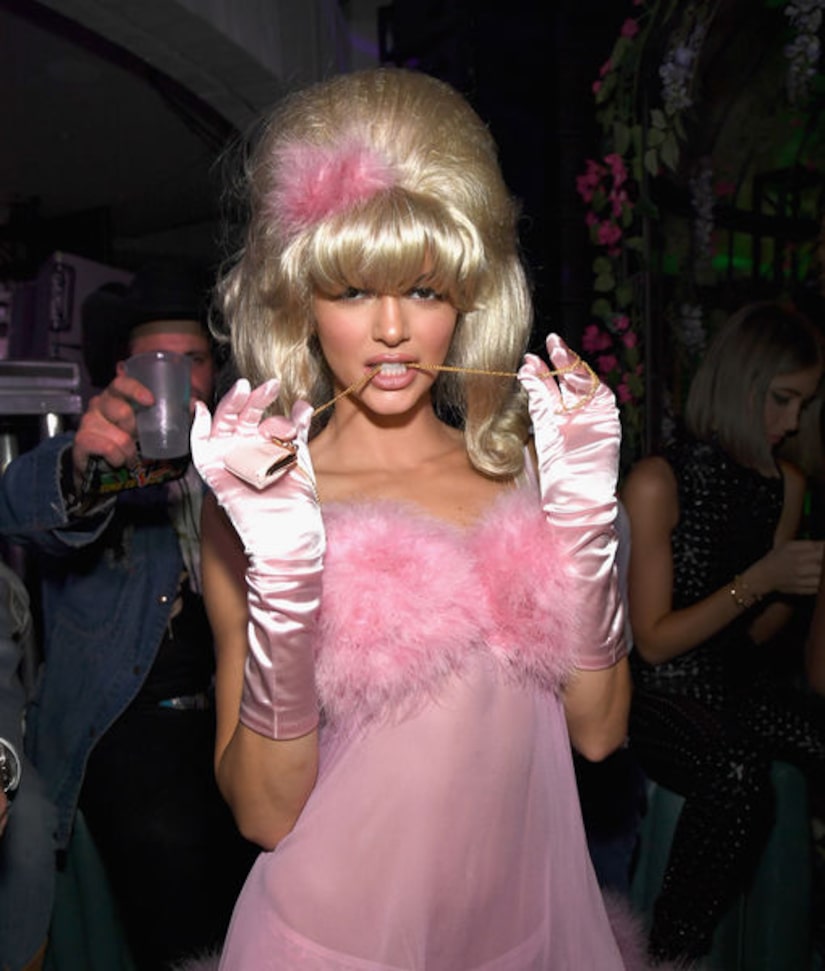 Getty Images for Casamigos Tequila
Kendall Jenner got flirty for this shot.

Nas performed, with DJ sets from DJ Cassidy and none other than Kendall Jenner!

Casamigos is on a roll lately — it was acquired by Diageo for $1 billion last year, but the company operates independently. George told "Extra," "Our name's on the bottle." 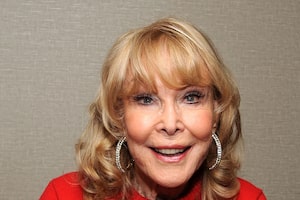 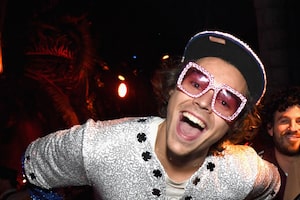 Inside the Star-Studded Casamigos Halloween Bash!