For months, supermodel Cara Delevingne and actress Ashley Benson have been spotted together!

In May, the two sparked dating rumors after being photographed holding hands and cuddling on multiple occasions. One person even tweeted, “soooo cara delevingne and ashley benson were sitting next to me at @nbcsnl and were making out ! #whatislife.”

Earlier this week, Cara and Ashley were seen kissing at Heathrow Airport in London in photos obtained by DailyMail.com. While waiting for their ride, Cara was seen wrapping her arm around the “Pretty Little Lies” star.

To fuel more rumors, Ashley has also posted pics with Cara on Instagram.

Cara was last linked to Paris Jackson, who she was seen smooching outside of a Los Angeles steakhouse in March. At the time, a source told People magazine, “They have a flirty friendship but aren't dating or in a relationship. Paris is 19 years old and living her life. She has no plans to settle down any time soon.” 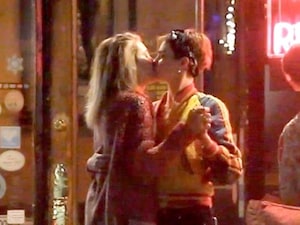 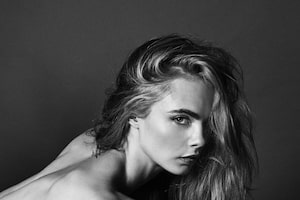 Cara Delevingne’s Raw Reflection on Depression and Losing Her Virginity