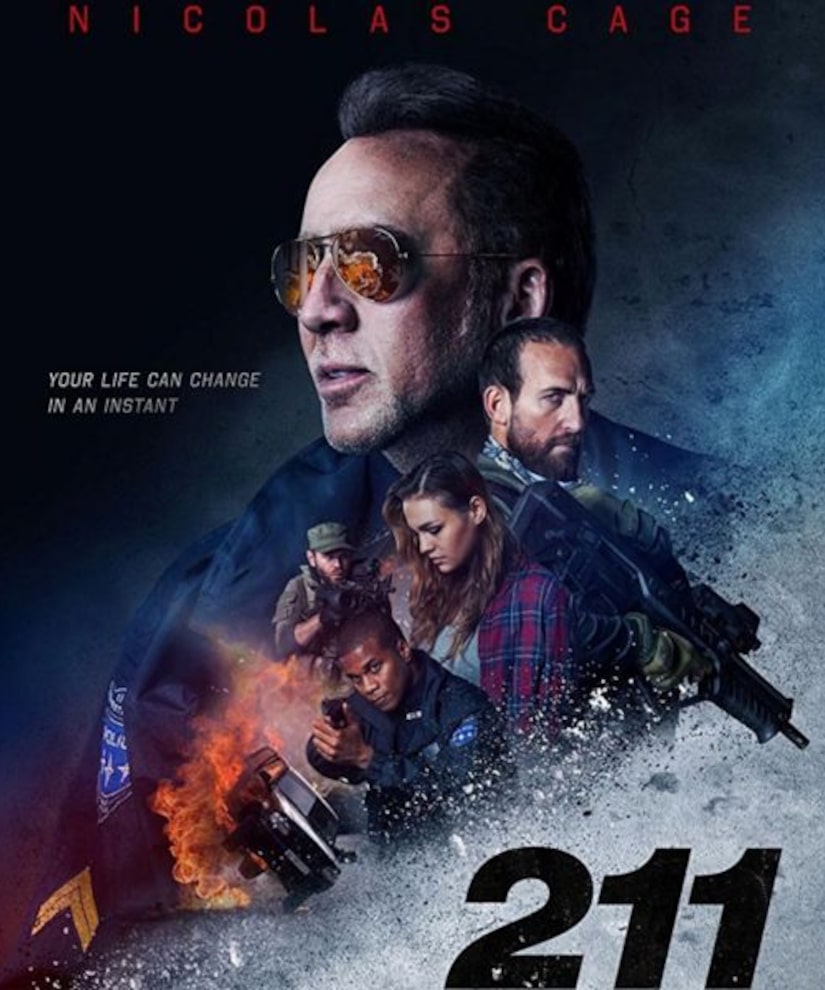 “Extra” has an exclusive clip of Nicolas Cage's new movie “211.”

The film was inspired by a real-life 1997 L.A. bank robbery that ended in a deadly shoot-out between robbers and police.

In the clip, we see Cage, who plays police officer Mike Chandler, give an account of the heist to other law enforcement members. Chandler becomes agitated and eventually loses it on the group for their slow response time.

Momentum Pictures will release the action thriller “211” in theaters, VOD, and Digital HD on June 8, 2018.