What has she done for you lately?

Well, Janet Jackson just performed a medley of her songs ("Nasty," "Throb," and "If") on the Billboard Music Awards, marking the first time she's performed on TV in almost a decade!

The ageless singer was on hand to pick up the Billboard Icon Award, which was created in 2011 and has gone to Cher (who turned 72 Sunday!), Neil Diamond, Prince, Stevie Wonder, Céline Dion, and J.Lo.

Introduced by Bruno Mars, she was first celebrated with clips from her long career, including her TV debut on "The Carol Burnett Show," and her role as Penny on "Good Times." 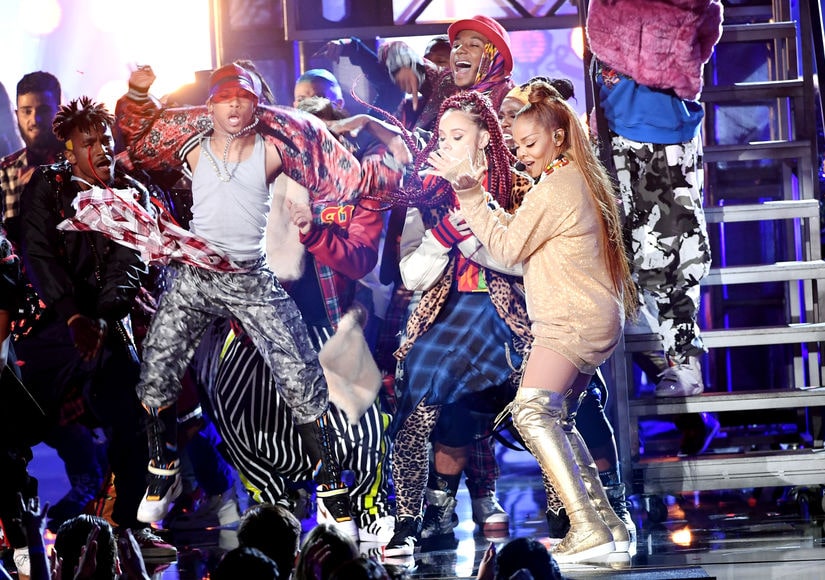 For her performance, Jackson, 52, covered up, donning gold knee-high boots and an oversized gold sweater.

After singing, she gave a short speech that acknowledged the #MeToo movement as the crowd of celebs chanted her name ecstatically. "I'm deeply humbled and grateful for this award. I believe that for all the challenges — for all our challenges — we live at a glorious moment of history. It's a moment when, at long last, women have made it clear that we will no longer be controlled, manipulated, or abused. I stand with those women, and with those men equally outraged by discrimination, who support us in heart and mind."

She went on to talk about the "loud and harsh" public discourse of the day, urging people to turn back to God as "the source of all calmness" as her mother, Katherine Jackson, looked on approvingly from the audience.

In a new interview in Billboard magazine, Jackson said she is working on her next album, saying, "The drive is in my DNA. I couldn't lose it if I wanted to, and I don't." 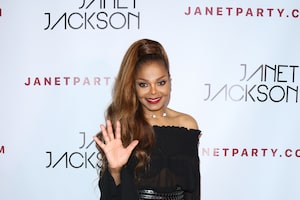 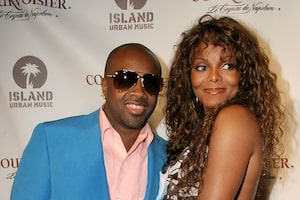