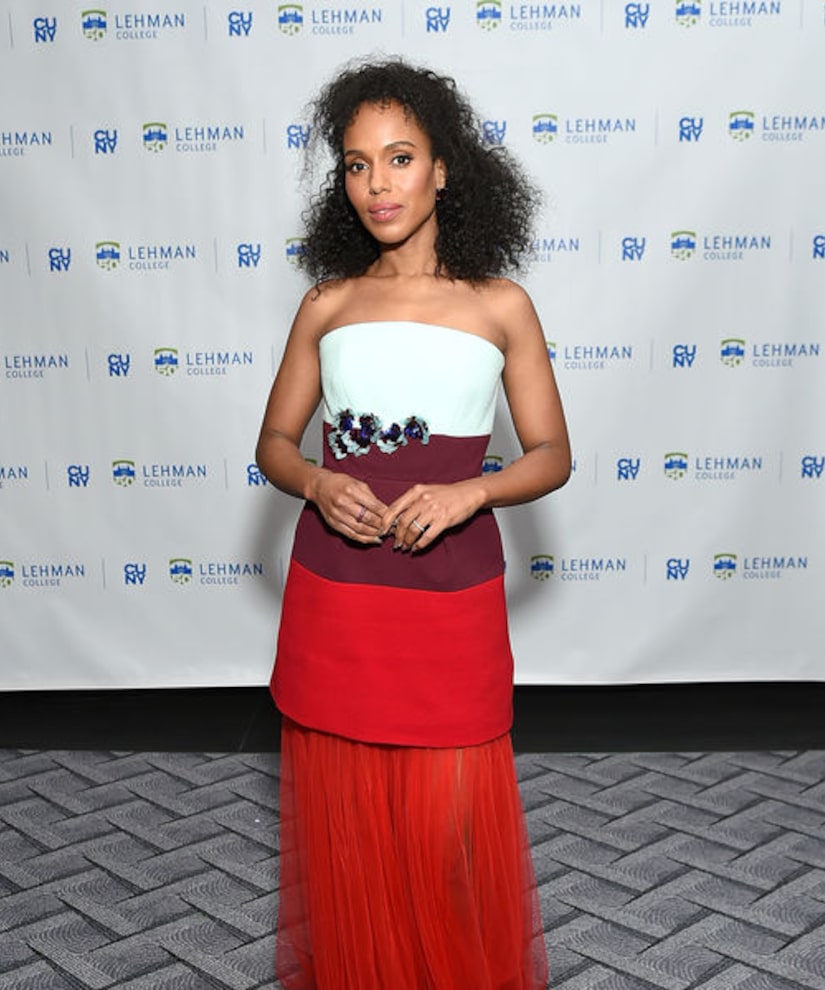 Kerry continued, “There are elements for true gladiators. There are ways that we pay homage to the life of the show – metaphors, scenes and images that will feel familiar if you have been a fan of the show from the beginning. It's a very special series finale. I'm very proud of it and I'm excited to hear the responses. Some people are going to be really happy and some people are not.”

With her proud parents on hand, Kerry was honored to receive the Lehman Award, saying, “It's very special.” She noted that she has a lot of respect for the college, sharing, "It's a great education. Fifty percent of the students are from The Bronx. The cost is low and there is a lot of tuition support so people graduate without a ton of debt."

The series finale of “Scandal” airs Thursday, April 19 on ABC.