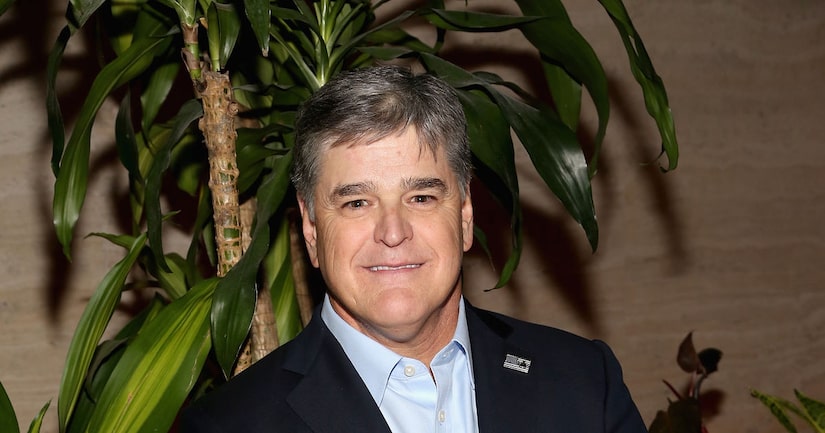 “Extra's” AJ Calloway spoke exclusively tonight with Sean Hannity at the Hollywood Reporter's celebration of the 35 Most Powerful People in New York Media event in New York. AJ asked the Fox News host what the latest was on his very public feud with ABC's Jimmy Kimmel, after their recent Twitter war over a joke Kimmel made about First Lady Melania Trump.

Sean told AJ, “It's over. I think so. I love comedy. I used to watch comedy, I watch comics and stand-ups, Chris Rock, Larry the Cable Guy, Jeff Foxworthy. I used to watch Richard Pryor. I love really hard- hitting comedy. Jimmy Kimmel's funny. Not as funny as some other guys.” Adding, “Just joking!”

Sean went on to explain, “He kind of took a shot at the First Lady's accent and I kind of felt it was a bully situation because she can't defend herself. I said leave the women and children alone, and everyone else is fair game. He called me a bunch of names, I kind of called him some. I invited him on my show.” The response from Jimmy? Sean said, “was silence.” However, Sean did suggest a solution to AJ, an on-camera meeting between them, teasing, “I think you should moderate on 'Extra' - I'm in for that. He has to come to New York though, my ratings are higher!”