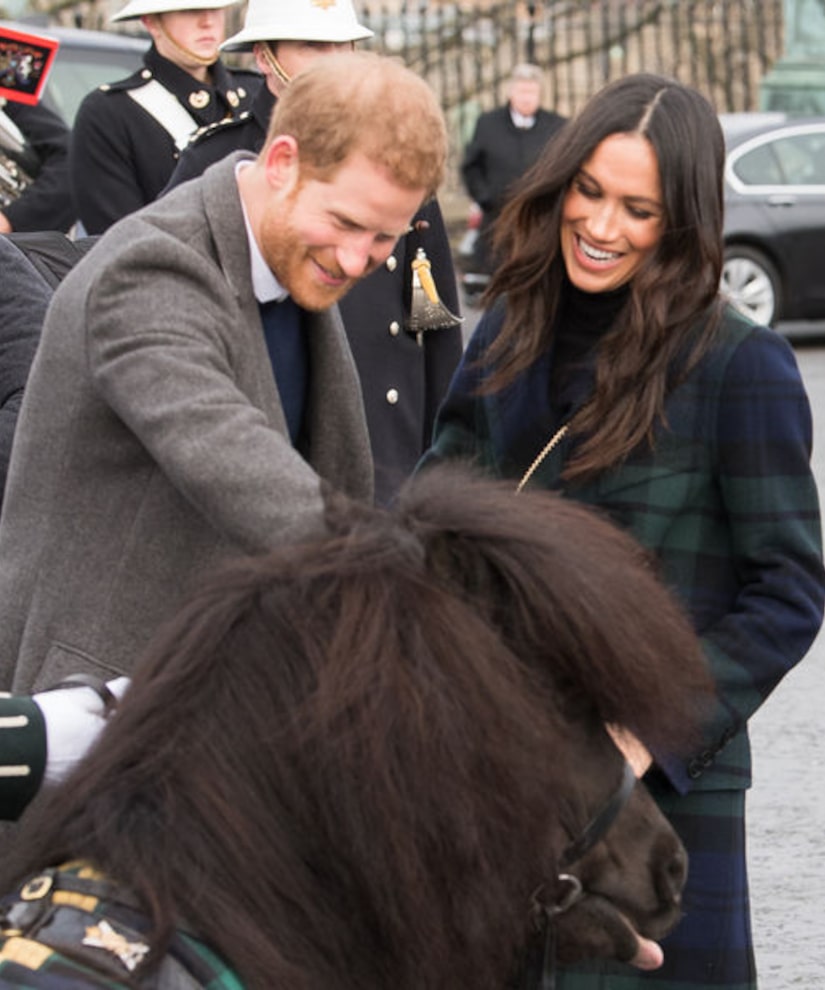 Prince Harry was taken offguard today when a Shetland pony nipped his hand.

Harry was petting the pony outside Edinburgh Castle when the animal tried to take a royal bite.

The prince's fiancée Meghan Markle couldn't help but giggle as Harry backed away. Watch the video!

Prince Harry and Ms. Markle are greeted on arrival at Edinburgh Castle by the Band of the Royal Marines and the mascot of The Royal Regiment of Scotland, Shetland pony Cruachan🐴 pic.twitter.com/3nzR9W6ZP5

The couple was there to visit the Band of the Royal Marines when they met Cruachan, the mascot of the Royal Regiment of Scotland.

The twosome are set to wed in May, and Tom Martin said he was among the well-wishers in Edinburgh who asked about their upcoming bachelor and bachelorette parties.

Martin said Harry claimed he was in the dark on any stag party plans, while Meghan revealed her hen party is “sorted.”

In other royal wedding news, a source tells Us Weekly that Ed Sheeran has agreed to sing at the nuptials!

"Extra" talked to Ed about it in December, and he told us, “I've only met [Prince Harry] once, but if I was asked, I'd probably say yes.” 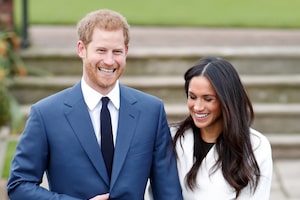 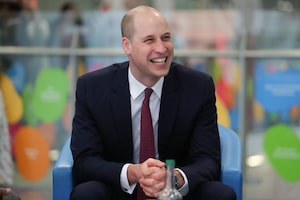 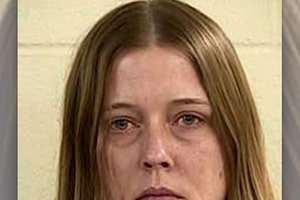