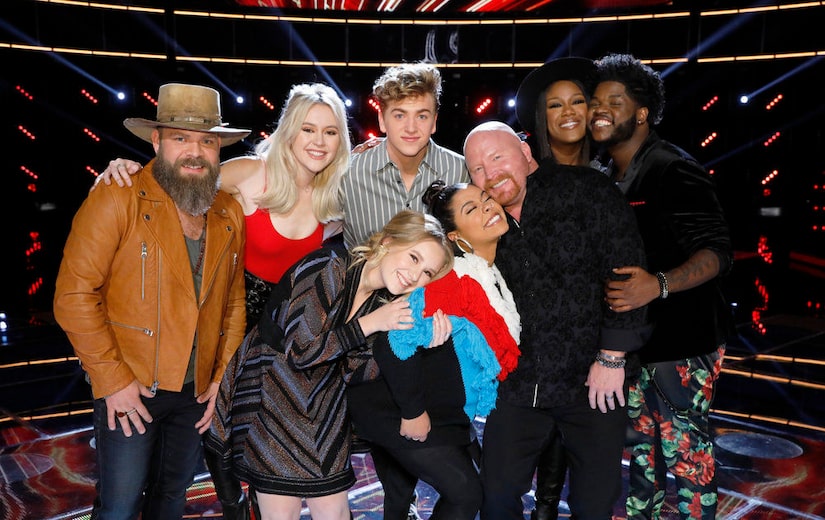 We're live-blogging the Season 13 results episode of “The Voice” tonight!

8:59 p.m. The results are in! America has saved... Red Marlow from Team Blake! Sadly that means Adam Cunningham and Noah Mac are going home.

8:53 p.m. The Voice Instant Save starts now! Use #VoiceSaveRed, #VoiceSaveAdam or #VoiceSaveNoah to vote for your favorite contestant on Twitter.

8:49 p.m. Noah Mac offers up a haunting rendition of Harry Styles' "Sign of the Times" for his last-chance performance.

8:46 p.m. Adam Cunningham is up next, belting out Travis Tritt's "Here's a Quarter Call Someone Who Cares."

8:26 p.m. Miley Cyrus is doing the happy dance as Carson announces Brooke Simpson has made it to the next round. Carson and Miley remind everyone that this is Miley's first team member to make a finale!

8:23 p.m. Jennifer Hudson wows the crowd with her powerful new single "Burden Down."

8:17 p.m. The second finalist to move on to the finale is Addison Agen from Team Adam!

8:14 p.m. Chris Blue will be performing his new single on next week's finale! For now, fans are getting an inside look at this work on the song.

8:06 p.m. It is time to find out the first finalist! Carson reveals that Chloe Kohanski from Team Blake will compete in the finale!

8:04 p.m. The Top 8 takes the stage! Carson reveals that every artist made the top 25 on iTunes following their performances last night.

8 p.m. The show kicks off with the coaches talking about how proud they are of their remaining contestants, and how much they have grown. So sweet! 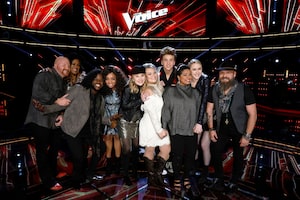 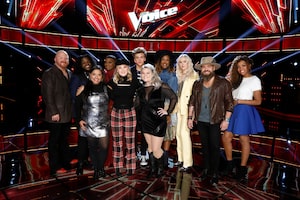 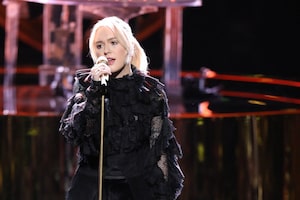 Why Blake Shelton Is the 'Best Coach' for Chloe Kohanski