The video shows an agitated and naked Travis walking to the police car, praying, and telling nearly incoherent stories.

Travis was taken into custody in Texas after crashing his car. The country singer, who was treated for injuries, was arrested for driving while intoxicated and "retaliation and obstruction" after allegedly threatening a police officer during the arrest.

His team released a statement today, saying, “Randy's behavior was extremely altered the evening of his arrest due to the state of his mental health, and substances in his body, causing him to do and say things that were entirely out of character. He suffered a severe concussion and sustained numerous other injuries from the crash.”

The statement went on to say, “Randy is deeply apologetic for his actions that evening. A man of integrity with a good heart, Randy does not and will never condone these types of actions that distort the true beliefs of Randy Travis and his entire family.”

Travis later pled guilty to DWI, and was sentenced to two years probation, 30 days of in-patient treatment, 100 hours community service and ordered to pay a $2,000 fine. He was also limited to only driving cars with the ignition interlock device. 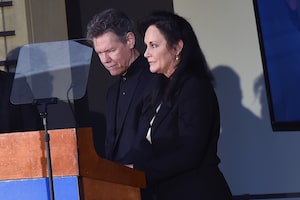 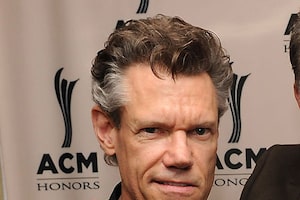 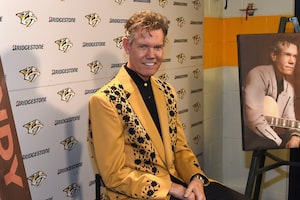