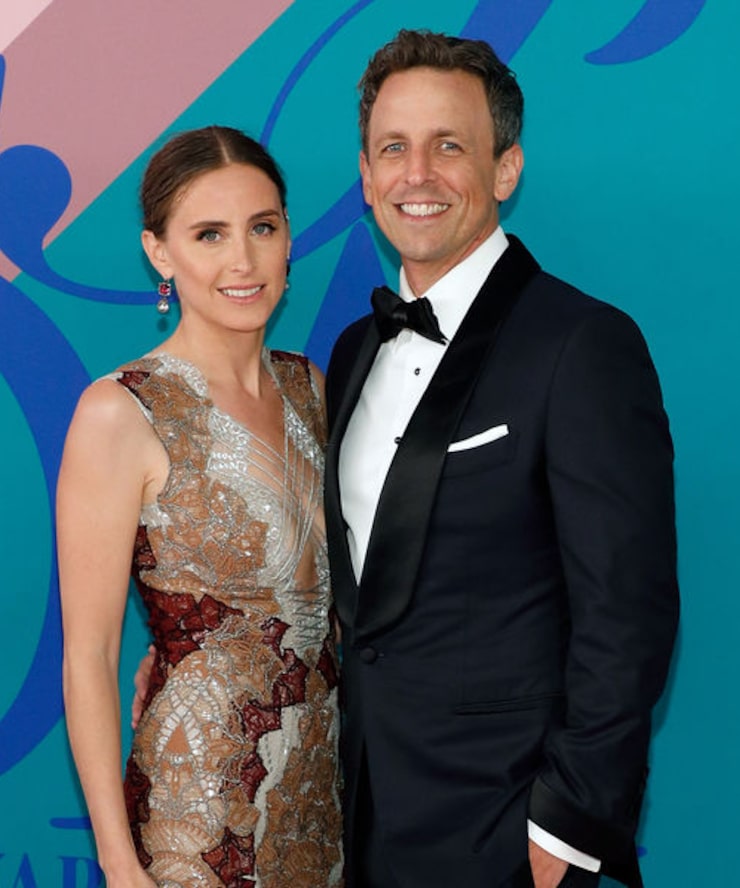 Comedian Seth Meyers had a big announcement to share on his Thanksgiving episode!

Seth revealed to fans that he and wife Alexi Ashe are expecting their second child. They are already parents to son Ashe Olson, who was born in March 2016.

Meyers' dad Larry, mom Hillary and brother Josh were on hand as he shared the exciting news.

He told the “Late Night with Seth Meyers” audience, “A couple years ago on this show, we announced that we were having Ashe and so I wanna take this opportunity now, you guys obviously know, but my wife and I are expecting a second baby.”

Hillary went on to tell a story revealing that the couple is having a boy.

Hillary said that Seth was “sobbing” when he called to tell her the news. “I said, 'That's fabulous — why are you crying?' And he said, 'Because for over a month I've had to pretend I don't care what sex it is, but I do care, I want a little boy.'”

Meyers admitted, “That's true. I really wanted a brother for my son because I was so lucky to have one.”

The family already has a name picked out, Albert, but Seth isn't so sure.

Meyers insisted they have not settled on a name, but let his dad explain why the family was pushing for Albert, “We've had five sheepdogs, and they've all been named Albert. And I really love the dog and I always wonder what it would sound like if it could talk. So I figure, if they name the kid Albert, eventually he'll start to talk and I'll say, 'Ah, yeah that's it.' ” 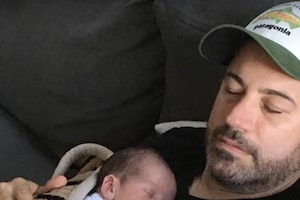 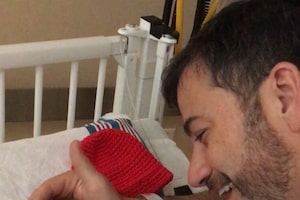