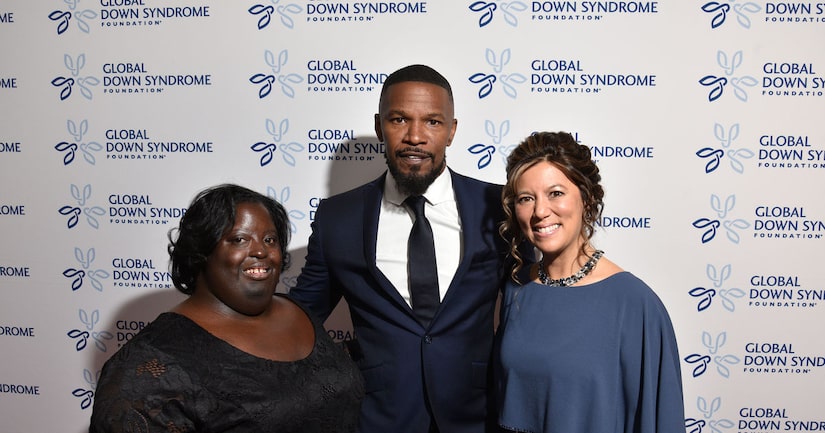 On Sunday, “Extra's” Jerry Penacoli spoke with Jamie Foxx at the Global Down Syndrome Foundation's annual fashion show and gala as he was getting ready for a big milestone!

Foxx will celebrate his 50th birthday next month, joking, “I say 25 to the second power!”

The Oscar winner said he is a “California 50” when asked his secret for looking so good.

Jamie was joined by his sister DeOndra Dixon as he hosted the event in Denver. Of the foundation's goal for people with Down syndrome, he said, “People can now see them in a regular light. We're raising money for research.”

Foxx pointed out that DeOndra was the real star of the family, but what would happen if they got their own reality show? He joked that “Dee's World” would be a good title, joking, “Already got the title. Watch out, Kardashians.”

Jamie is gearing up for a new stand-up comedy tour, which will be loaded with some A-list impressions! He teased, “I've been working on JAY Z, Beyoncé.”

Some of the stars in attendance for Jamie's cause included Joe Manganiello, who traded his Steelers sweatpants and T-shirts for a suit. Of his Thanksgiving plans with wife Sofía Vergara, he dished, “It was supposed to be small, but now it's gonna be gigantic.”

Joe and Sofía aren't big cooks, so he revealed that her son Manolo will be taking over the kitchen on Thanksgiving.

Eva Longoria was without her “amazing” husband José Bastón, but pointed out,“We'll be together soon.” The night was special for Eva. She explained, “My sister is special needs… My mom is a special education teacher. This is the largest fundraiser for this community in the country.” 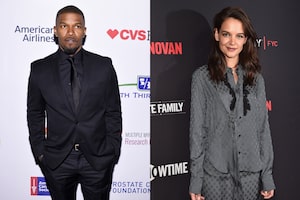 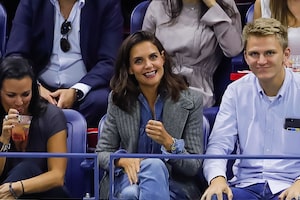