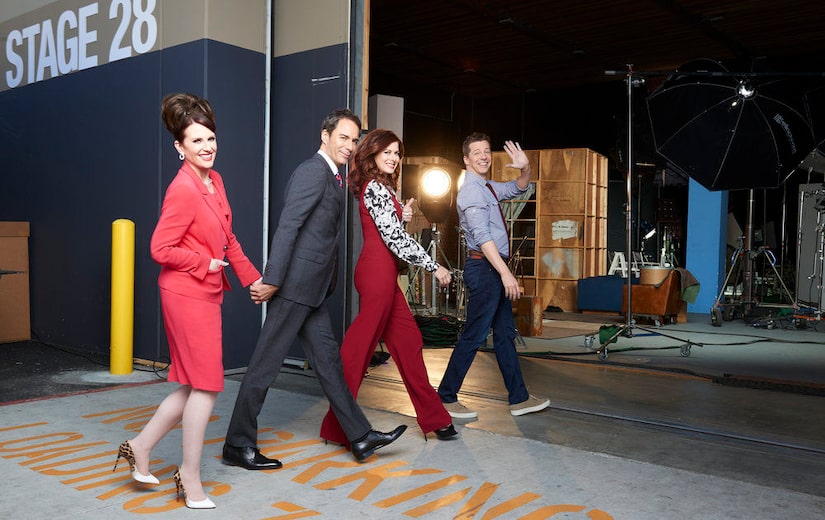 It has been 11 years since the cast said goodbye, but “Will & Grace” is back! The highly anticipated return of the NBC series has put fans into a frenzy, with the show already getting a second season. “Extra's” Tanika Ray spent time on the set with the actors behind the characters Will, Grace, Karen and Jack, getting all the dish on their big return.

Eric McCormack and Debra Messing got candid about their gone-viral reunion on YouTube to encourage America to vote, which had everything to do with their surprise primetime reunion! Debra said, “I don't think any of us imagined we would get 7.5 million views for this little video."

Messing revealed the decision to return was a difficult one for her, explaining, “I live in New York and everybody else lives in L.A., and I am a single mom of a... 13-year-old son, and so we had to make sure everything is good. Once that was all settled and everything, I'm like, 'I'm in.'" 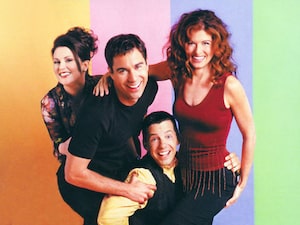 Despite their anti-Trump video, the show will not play any favorites when it comes to politics, Debra said. “It really doesn't matter what party you align yourself with — it's just been a tough year for everybody.”

Eric revealed that "it was a matter of days” after the video went viral that they knew they were going back to work.

As for what has changed for Will, Eric said, “He's technically, in gay terms, he's a 'daddy' and he's kind of okay with that… In the gay community, a daddy is a sexy older man.” He smiled, offering, “We're here to educate.”

Eric also confirmed there will be some guest stars this season, but didn't want to give too much information! He did say, “I can't tell you I know for sure Harry Connick Jr. is coming back because he already did.”

Sean Hayes was a little more forthcoming, dishing that we should expect “Minnie Driver, who is brilliant.” Could we also see Michelle Obama or even Hillary Clinton? Hayes commented, “There was a rumor about all these people, but I don't know if they are or not.”

We will see Hayes' Jack going all in on social media, with apps like "Snapchat, Grindr, like, all the apps you can think of.” Don't be surprised if there is a Grindr storyline "in the first episode."

Megan Mullally's character Karen is described as frozen in time, exactly like she was a dozen years ago... but why? She explained, “She hasn't evolved. I think that's the point. She's devolved — all of her bad qualities are still there.” 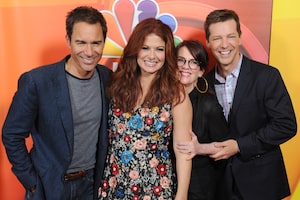 'Will & Grace' Cast Reveals What’s in Store for Their Characters 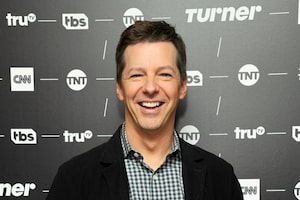