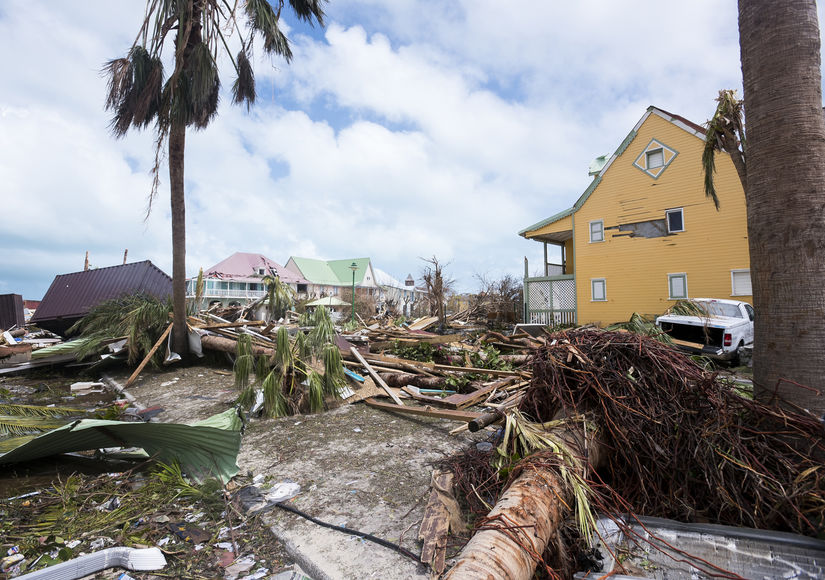 Many celebrities have been sharing their thoughts on Hurricane Irma, which is expected to cause extensive damage to Florida after wreaking havoc in the Caribbean.

Last night, "Extra's" AJ Calloway caught up with Rihanna, who expressed sadness over Hurricane Irma. She said, "My family is safe, Barbados is very safe right now. It breaks my heart to see what is happening in the rest of the Caribbean, my neighboring islands. You feel helpless when it’s a natural disaster. You have no control and these are islands that I have been to and love… it’s so sad.”

While attending a show at New York Fashion Week, Heidi Klum told “Extra” on Thursday, "It is horrible what is happening. I hope that everyone will be safe. People are evacuating. I have some friends in Miami, I know that they are leaving right now… it’s devastating.”

Earlier this week, Emmy Rossum said at a PaleyFest TV Preview event, “It’s upsetting, especially coming on the heels of Harvey. Some of us continue to deny that climate change is a real thing and I think that is very dangerous.”

"Good Morning America" anchor Amy Robach made a trip to Miami International Airport, which was "virtually empty." While many were able to make it out of Miami, thousands of others have been misplaced. She told "Extra" on Friday, "Airport officials have been shuttling people on buses to local shelters to ride out Irma when it makes landfall." Watch.

Islands of the Caribe, stay safe. Your children all over the world are praying for you. #Irma

My prayers for my beloved Puerto Rico and all the areas that can be affected by Hurricane Irma. God bless you all always! #FuerzaMiGente

Prayers are sent and I pray everyone is safe. Support will be needed to rebuild and we will be there. https://t.co/nc0apJD1cL

I'm currently in Ft. Lauderdale FL, evacuating tomorrow morning-
If ur in an evac zone- don't wait this out. Get inland asap. #Irma2017