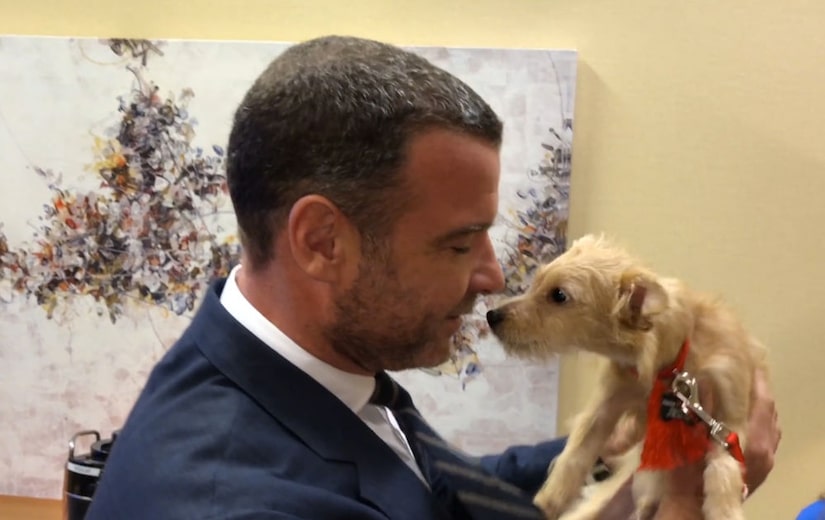 During his sit-down on "Live with Kelly and Ryan," Schreiber joked, "I just had a dust up with one of your producers. I don't think it's fair or appropriate that your producers get to take all of the dogs that came from Houston.”

He added, "My sons want a dog, and I found the perfect dog, but one of your producers already wants my dog.”

Once backstage, Liev also got final approval from wife Noami Watts and their sons Sasha and Kai, who got to meet the dogs during their video chat. Watch!

After the taping, Schreiber posted a pic of himself with one of the puppies, writing on Instagram, "Look what I just got. Couple of orphans from Houston checking out the Big Apple for the first time. Thank you #kellyandryan #harvey.” 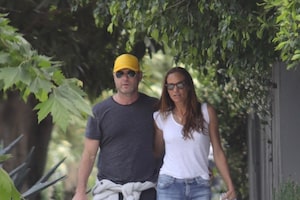 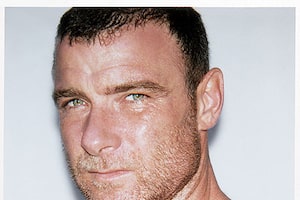 Liev Schreiber: ‘I Have the Kind of Face That People Want to Punch’ 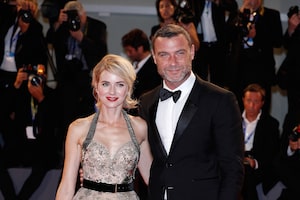