Over the weekend, Ronda and Travis said their “I dos” in Hawaii. Travis posted a pic from the wedding, writing on Instagram, "What an amazing day!! She is so perfect in every way! She makes me so happy! She is my other half! I Love You @rondarousey #browsey2017.”

Along with calling it the “happiest day” of her life, Ronda added, "thank you @travisbrownemma for choosing me every day forever #wrongmovesucka #YouGoinNowhere.”

Thank you @brianbowensmith for the amazing photos of #Browsey2017, thank you @galialahav for the beautiful dress,thank you @thisisbabe @heeezooo @alejandroperazastyle for flying to the middle of the the Pacific Ocean to help me get ready - and thank you @travisbrownemma for choosing me every day forever #wrongmovesucka #YouGoinNowhere

See more of their wedding photos below!

The Love of my life

Happiest day of my life....

She is absolutely perfect!!

In July, Ronda opened up on their wedding plans on “Live with Kelly and Ryan,” saying, "He’s Hawaiian, so we’re gonna do kinda like a backyard Mexican Corona party.”

The two got engaged earlier this year. Of the proposal, Ronda said, "It was actually after heavy rain and we were under this waterfall. Apparently, he had this whole speech prepared, but it just went down into bullet points in the moment. So he pulls out the ring and I’m already like ‘uh-huh’ before he even says anything. [He’s] like, ‘Okay, we’re in New Zealand, we’re under a waterfall, will you marry me?’”

Ronda and Travis were dating for two years before he popped the question. 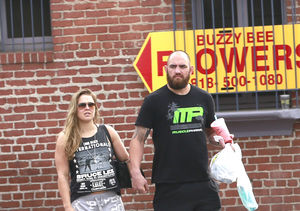 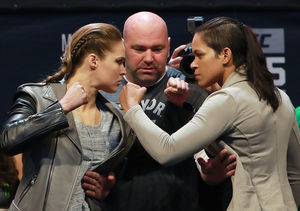 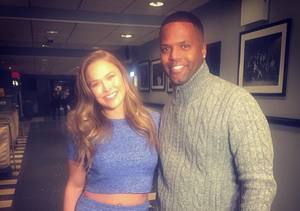 Dr. Dre’s Wife Wants His Alleged Mistresses to Testify in… 9