Check out the first pic of “Hills” alum Lauren Conrad and her son Liam on the cover of People magazine! 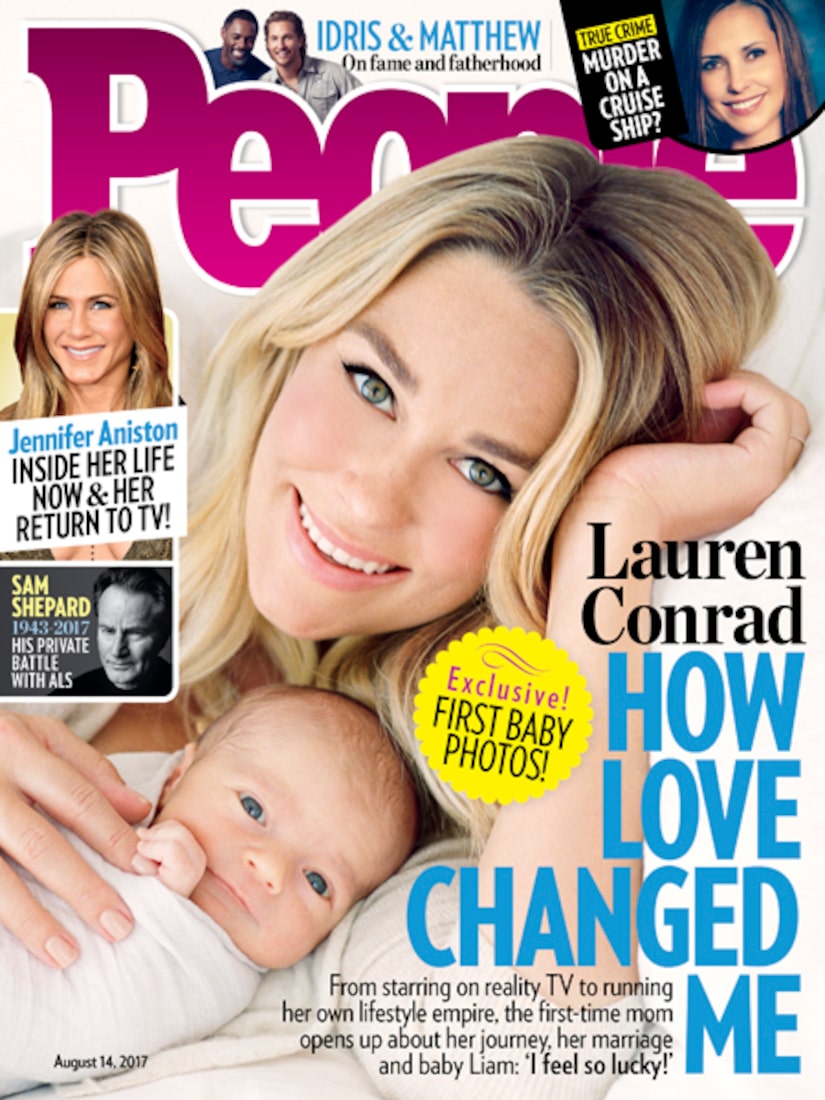 Lauren and husband William Tell welcomed William “Liam” James on July 5, and Conrad says she was convinced her bundle of joy, who was born at 6 lbs. 14 oz, was going to be a much bigger baby.

“Before the delivery, I felt like I was getting ready for a blind date,” Lauren told the magazine. “We considered doing the 4D ultrasound but then decided to wait. I just remember thinking he was so cute — and I was surprised by how tiny he was.”

The 31-year-old added, “I was convinced I was having a giant baby, to the point where I didn't even buy newborn clothes — in my head he was 9 lbs.”

She isn't sure who he takes after and sees him as a “combo of both of us.”

“He definitely looks like William,” she said. “But he's still so tiny it's hard to tell!”

Lauren said Liam is “such a good baby,” and she is adjusting well to mom life.

“I feel so spoiled,” she gushed. “Liam is such a good baby. I'm sleeping three to four hours at a time. This morning I was up at 4 a.m. and I wasn't even tired, so I cleaned the kitchen and did some cooking. William was like, 'You're crazy!' “

She even enjoys those nighttime feedings, explaining, “His last nighttime feeding is right around when the sun comes up, so I sit and feed him and watch the sun rise. He's funny to watch — he makes really funny little expressions. I'm already stressing out because I want him to stay this tiny and I know he won't. So I'm just trying to enjoy how itty-bitty he is.”

The star isn't feeling pressure to lose the baby weight either, joking, “Spanx exist for a reason.”

For more with Lauren, pick up the new issue of People!