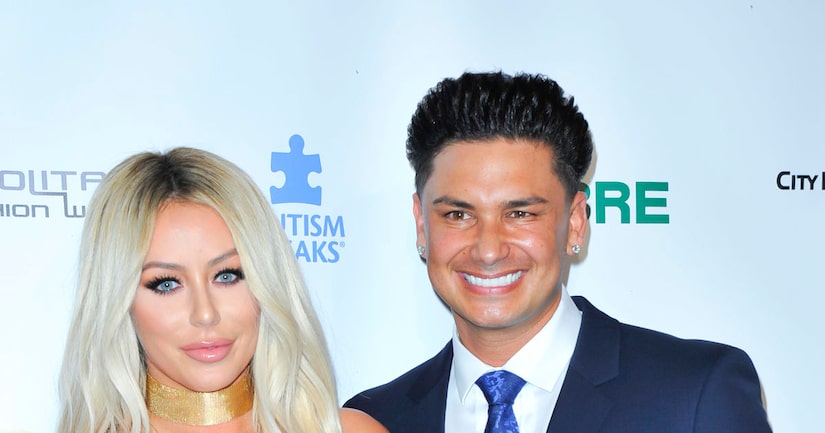 A source told People magazine that Pauly, 37, and Aubrey, 33, broke up “fairly recently – some time over the weekend.”

The insider elaborated, “They're definitely broken up. It was a long time coming — they were always on and off. But it seems like it's done for good now.”

Last month, they were still together. Pauly told E! News that she was “the one,” adding, "I've learned so much being in it — I've learned don't assume anything. If you have a problem with your partner, don't assume. Just ask them and tell them how you feel, because most of the time it's not really what you think. You'll find out that it's not, and you can always work through anything.”

Aubrey appeared to ready to marry Pauly. She commented, "Well, I want a ring like, ASAP! I think I put enough pressure for that to be going down sooner not later. I'm looking for something serious and I'm ready to move to the next chapter in my life where I'm a wife and a mom and to experience other things than what I've been doing my entire career. He knows that and we made sure that's the page we were both on in the beginning.”