Erin Andrews is back to work after her Montana wedding to Jarret Stoll. Erin sat down with “Extra's” Mario Lopez for her first post-nuptials interview, at Variety's Sports and Entertainment Summit, where she was joined by good friend and Fox Sports colleague Michael Strahan.

Mario made sure to congratulate Erin, who was still glowing from the wedding. She responded, “Thank you, oh, please, thank you!” When Mario commented, “I heard it was a hell of a party,” Erin jokingly said, “I'm sure — who did you hear that from?” Mario played coy: “Well, a little birdie.” Strahan jumped in, saying, “I didn't say a word…” That little birdie was actually Mario's “Extra” co-host and Andrews' BFF Charissa Thompson, who took to social media to gush about the big bash in Montana. Erin quipped, “I know that birdie — she was making the rounds on the dance floor, let me tell you.”

The “Dancing with the Stars” host and Fox NFL reporter is planning on getting away with her new husband for their honeymoon very soon. She said, “It's coming up… Right before football season… It's kind of shut-down mode in September, so we'll get it in before then.”

Erin and Michael were teaming up to talk about sports and entertainment, subjects in which they both excel! Strahan said, “We're here to talk about our careers in sports, but also how to expand on that and not be so one-dimensional.” Erin added, “Basically, he's running this entire thing because I don't know anyone that's in sports and entertainment that has it all figured out like Michael Strahan. I can't tell you how many interviews I've said I want to be the female Michael Strahan.” She joked, “I want this amount of money in my pocket every single day.”

Michael showed off his sense of humor, handing her some cash and saying, “All right, there we go.” Erin said, “This guy has got it figured out.” She didn't forget to mention Mario, pointing out, “You do, too, by the way.”

Another former athlete who also has it figured out is Alex Rodriguez, who is romancing Jennifer Lopez and nabbed a few TV gigs, including one with Fox Sports. Erin poked fun at her new colleague, saying, “The good thing is the guy's single cause we haven't heard or read anything about who the guy's dating.” She went on to say, “I'm intrigued by this, and we can say this because we're part of the Fox family with Alex now. I was getting text messages that Jennifer Lopez was at a Fox dinner a couple of nights before the All-Star Game and I was like, 'Wow, he's bringing J.Lo to our Fox dinners? We always text each other like, 'You really wanna go tonight?' and J.Lo shows up — good for her!”

“I'm happy for Alex because Alex is a smart guy, very good businessman,” Michael chimed in. "He's gonna teach a lot of people a lot of things. I think he's a great example of being on top, being on the bottom, and… then being able to build your way and claw your way back. I think he's the next great comeback story.” 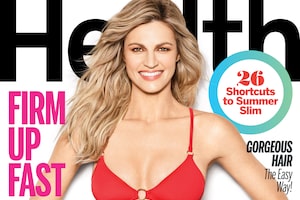 Erin Andrews Flaunts Hot Bikini Body, Plus: Why She Froze Her Eggs 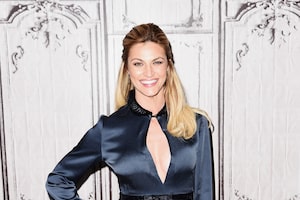 Erin Andrews Gives Update on Health & Wedding Plans: 'My Man Is the Bridezilla!' 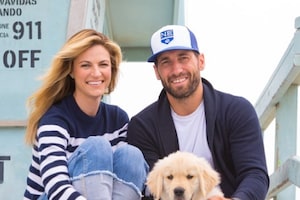