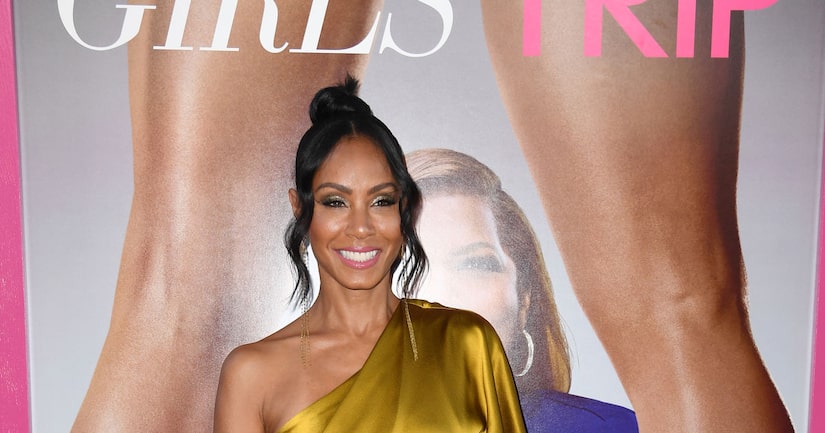 Jada Pinkett Smith hit the pink carpet solo last night at the L.A. premiere of "Girls Night,” where she opened up on her audition for husband Will Smith's show, “Fresh Prince of Bel-Air."

Smith's “Girls Night” co-star Queen Latifah guest-starred on the '90s show, but why didn't Jada nab a role? Jada said, “She got to do 'Fresh Prince.' I auditioned for 'Fresh Prince,' and they told me I was too short… to play Will's girlfriend… only for me to become his wife.”

But Jada doesn't rub it in Will's face. She shared, “You know, once I got on my feet, and you know I was doing my thing... I had done a couple of movies and I did 'Different World,' then 'Fresh Prince' wanna come back and be like, 'We need you on the show.' I was like, 'No, I'm a movie star, I don't have time.'”

The 45-year-old went on to star in the 1996 film “Set It Off” with Latifah. What's changed since then? Jada revealed, "Uh, the fact that I've got a family… because literally I got knocked up right after 'Set It Off,' so I've been in a domesticated fog since... so now I'm just coming out of it.”

Jada and Will have been busy raising their kids Jaden, 19, and Willow, 16, who are making their own mark in Hollywood. She said, “They're doing their thing, so now mommy gets to do her thing!”

“Will's working… Jaden's working… and I told Willow in order for her to see this movie, she's gonna have to do what I used do back in the day – and that's sneak in!”

Jada was stunning in a Prabal Gurung gown, and joked, "You know I'm still hood at heart, so I don't know how to pronounce these little fancy names.” 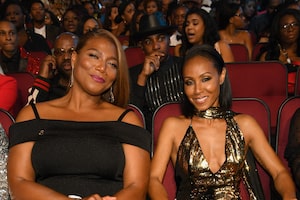 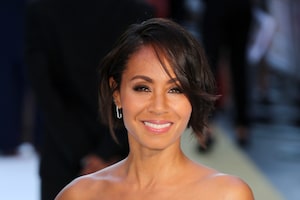 Jada Pinkett-Smith Is Educating Youth About Careers in Entertainment 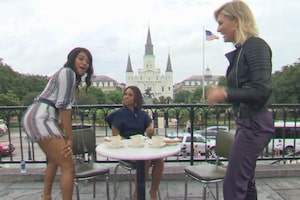