“Spider-Man: Homecoming” co-stars Tom Holland and Zendaya are an item!

A source told People magazine, "They started seeing each other while they were filming 'Spider-Man.' They've been super careful to keep it private and out of the public eye but they've gone on vacations with each other and try and spend as much time as possible with one another.”

Another insider added, "They're both really ambitious and they challenge each other — but, most importantly, they make each other crack up. They seem to have a really similar sense of humor and love joking around together. They have great banter back and forth.”

After news broke about their romance, Zendaya tweeted, "Wait wait...my favorite is when it says we go on vacations together HA! I haven't been on a vacation in years! hbu @TomHolland1996???” Tom responded, "@Zendaya Does the press tour count.”

Tom, 21, and Zendaya, 20, have been traveling all over the world to promote their film, which hits theaters July 27. Tom recently gushed about Zendaya, but played coy about their relationship, telling People magazine, “We are like the best of friends. She's so great and amazing. I'm a little worried [about dealing with fame … but] Zendaya is super famous and she's been through this and I just call her up and say, 'How do I manage being famous?' I'm very glad I have a friend like her.” 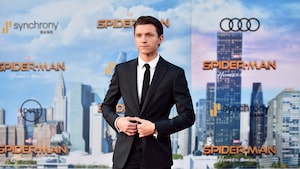 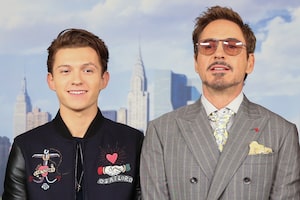 That One Time Tom Holland Was Faked Out by Robert Downey Jr.’s Stunt Double 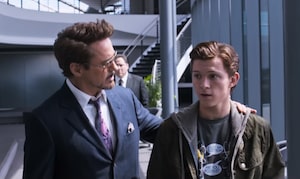 Spider-Man and Ironman Back Together in 'Spider-Man: Homecoming' Trailer