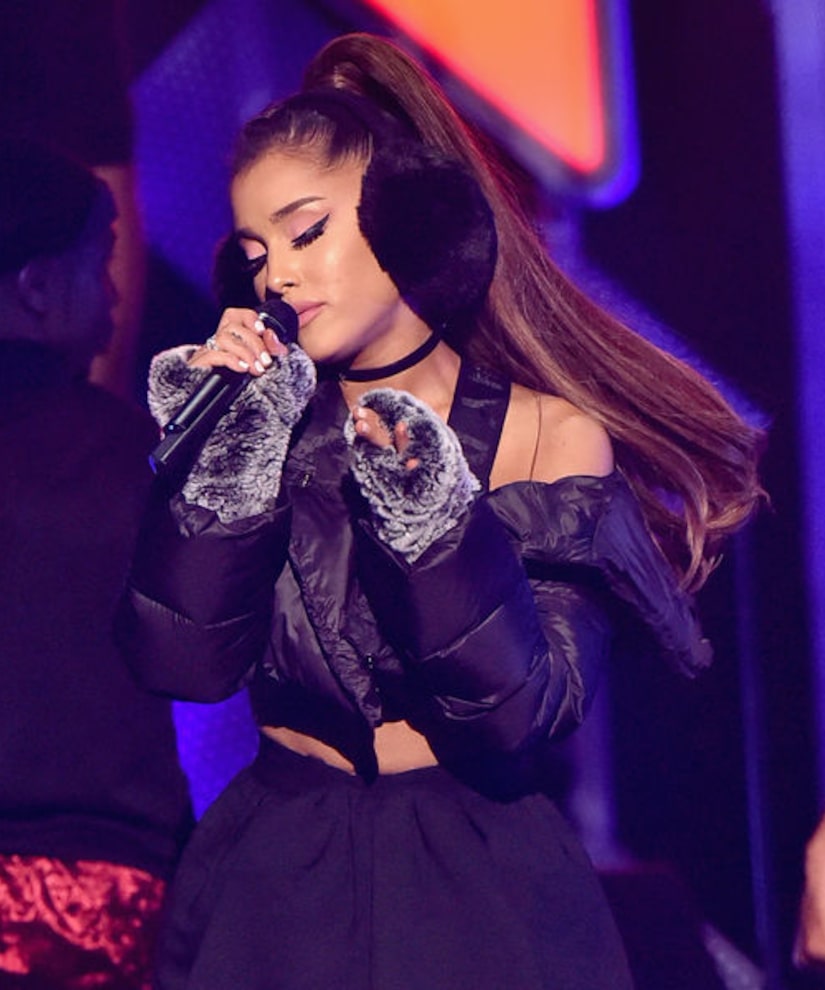 Singer Ariana Grande is still reeling from the Manchester terrorist attack, which took place after her concert Monday night.

On Tuesday, the “traumatized” star flew home to South Florida and suspended her world tour. A source told People, "Right now, her main headspace and focus is the victims and how she can help. It's less about her and her own state, and it's more about them. She's alive, she's safe. This isn't about her — it's about the victims.”

Rumors are swirling that Ariana reportedly offered to pay funeral expenses for the victims who died in the tragedy. Her reps have not commented on the reports.

Salman Abedi, 22, has been identified as the suspect in the suicide bombing, which killed 22 people and injured over 100. Authorities are still searching for more leads.

Ariana's manager Scooter Braun also had his own message to terrorists. On Wednesday, he tweeted, "The wish of terrorism is to take away that feeling of freedom and joy. No. That is my answer. No. We can't allow it. Fear cannot rule the day. More people die each year from car crashes than terrorism, yet I will get in my car. I will choose to live [rather than] be afraid. So… Manchester, I stand with you. Jakarta, I stand with you. Children of Syria, I stand with you. We will honor you by not giving in to the darkness.”