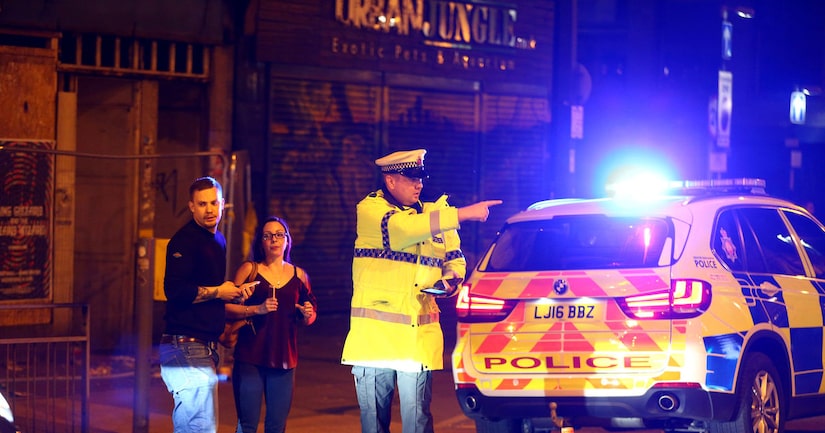 UPDATE: Authorities say at least 19 people are dead and 50 injured after explosions at Ariana Grande's concert in Manchester. According to the L.A. Times, British counterterrorism investigators believe the incident could be the work of a suicide bomber who was waiting outside of the venue as attendees exited, however, they cautioned that the information was preliminary. It was previously reported that at least 20 people had died and possibly hundreds injured.

Ariana Grande is “okay,” but multiple people were killed at her concert at Manchester Arena in England, reports Variety. TMZ sources claim the singer is in "hysterics" over the tragedy, adding that her show in London on Thursday is now up in the air.

NBC says at least 20 people are dead and hundreds more likely injured, after concertgoers reported a bomb-like bang just after Ariana finished her last song. The stadium erupted in panic.

The explosion can be heard in this video posted by NBC. The Manchester Arena released a statement saying, "We can confirm there was an incident as people were leaving the Ariana Grande show last night. The incident took place outside the venue in a public space. Our thoughts and prayers go out to the victims."

Jonathan Yates, 24, who attended the show, told MailOnline.com, “The concert had finished and the lights came on almost instantly. There was a bang, a weird bang. There were lots of balloons but I thought to myself that can't be a balloon, that's not normal.”

Watch a livestream of the breaking news below: