It's a big week for “Big Bang Theory's” Jim Parsons, who tied the knot with his longtime partner, graphic designer Todd Spiewak, on Saturday at the Rainbow Room in New York.

On Wednesday, “Extra's” AJ Calloway caught up with Parsons, who was promoting his “Bang” spin-off, “Young Sheldon” at the CBS upfront presentation. The actor, who is notoriously private about his personal life, posted pics of his wedding on social media. Of the nuptials, he revealed, “It was fantastic…much more fun than I thought it would be.”

Parsons said, “I wasn't too nervous, just a lot to organize and I thought, 'Well, this will be sort of fun,' and sort of, 'Let's get through this,' then it was all fun.” The couple had a great time celebrating, with Jim saying, “It was the latest I stayed up in many years. I'll be honest with you — I'm still paying for it. I got a cold, I was at the doctor earlier and got antibiotics.”

Jim will narrate and executive-produce “Young Sheldon.” He called it a family story, pointing out, “It's gonna be very different than 'Big Bang Theory,' but it has a lot of comedy in common with 'Big Bang Theory. It's an origin story.” 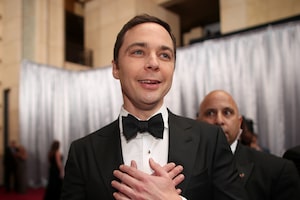 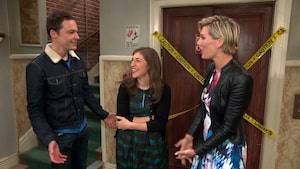 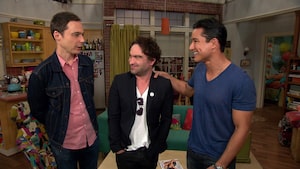