After nearly a year of dating, “Dancing with the Stars” pro dancer Artem Chigvintsev and "Chicago Med” actress Torrey DeVitto have called it quits.

A source told People magazine, "It happened about a month ago.”

In March, Artem was sharing pics on Instagram of himself with Torrey. Alongside a pic showing them gazing into each other's eyes, he wrote, "#bnpShowdown 10th anniversary."

Last May, her rep confirmed they were in a “new relationship” after they met on the dating app Raya. 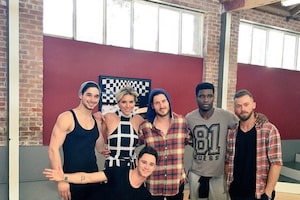