Former “The Hills” stars Heidi Montag and Spencer Pratt are having their first baby together!

Pratt recalled the moment he learned of Heidi's pregnancy, telling Us Weekly, "The look on her face, I can't even describe it. She was literally glowing. I thought she was about to say she made muffins or banana bread.”

He went on to recall, "Heidi said, 'I'm pregnant.' I was like, 'Whoa, that's way more exciting than banana bread!'”

Heidi, 12 weeks pregnant, reflected on how “overwhelmed” she was with the baby news. She said, "I started crying, and he embraced me.”

Heidi explained why the couple waited so long before focusing on becoming parents, telling Us, "I wanted a baby three years ago. Spencer was a little hesitant. Then one thing after another came up. We had work obligations, like 'Celebrity Big Brother' in the U.K., which I did not want to be pregnant for. I'm actually really thankful we waited. I thought I was ready in my twenties, but with everything we had going on, it just wouldn't have been a good situation for us.”

Despite dealing with “really bad morning sickness,” Montag is feeling “euphoric” to start a family with Spencer, who is “doing the dishes!” He added, "I need to step up the pampering game, though. Baby, I owe you a massage and the best frozen dinner I can make! I'm a fish-stick master chef."

Of her food cravings, Heidi revealed, "At first I wasn't craving anything because I was so sick, but now it's salt-and-vinegar potato chips. I could eat a bag of them a day… And Sour Patch Kids! I try to eat healthy, organic versions of them. But it's not the same!”

Heidi is educating herself on being pregnant, sharing, "I've read every pregnancy book, and now I realize I don't know anything.”

The two do not know the sex of their baby, but she hopes it's a boy! She explained, "I've always wanted a boy first… I'd love to have a son and for the Pratt name to continue." 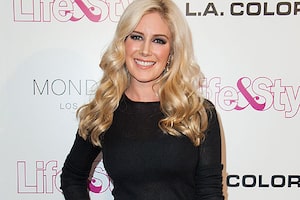 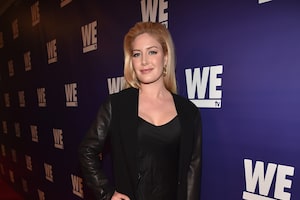 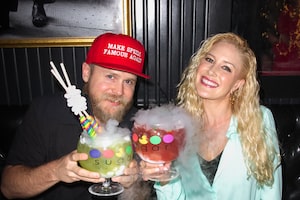