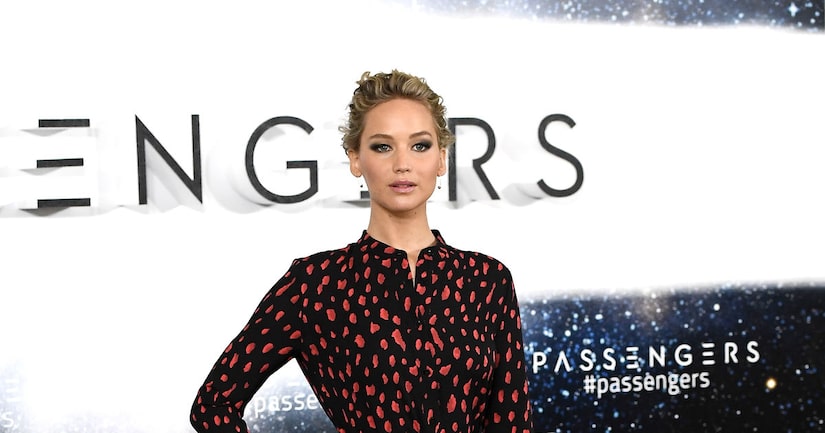 Today, many of Hollywood's elite took to social media to show their support for Equal Pay Day.

One of the campaigns focusing on the gender pay gap is LeanIn.org's #20PercentCounts campaign, which is championed by Jennifer Lawrence, Kerry Washington and Amy Schumer. The campaign was launched by Facebook COO Sheryl Sandberg, who said, "Equal pay is essential to the goal of gender equality. This issue speaks to how we value women's labor, knowledge, time, training and so much more. In short, it's about women's worth. There's nothing more fundamental than that."

On Facebook, JLaw shared, "Happy equal pay day. Where hopefully soon we will be celebrating women being paid the same as men for the same work. Women deserve better, families deserve better. Don't stop talking about this until people of any sex or any race are treated with fairness and equality.”

“Jane the Virgin” star Gina Rodriguez also participated in a campaign with Luna Bar to bring awareness to the issue. In a video, she said, “I will raise my voice for equal pay.” Watch!

#20PercentCounts
And did u know that Black women are actually paid 37% less & Latina women are paid 46% less than white men?! #EqualPayDay pic.twitter.com/nOfN2GORiF

Women are still paid 20% less than men in the US—We need to speak up & work towards closing this gender gap! #20PercentCounts #EqualPayDay https://t.co/xbIZLUFIkW

See what life is like with 20% less. Seem crazy? So is the gender pay gap. #20PercentCounts https://t.co/nTWbF24W9y