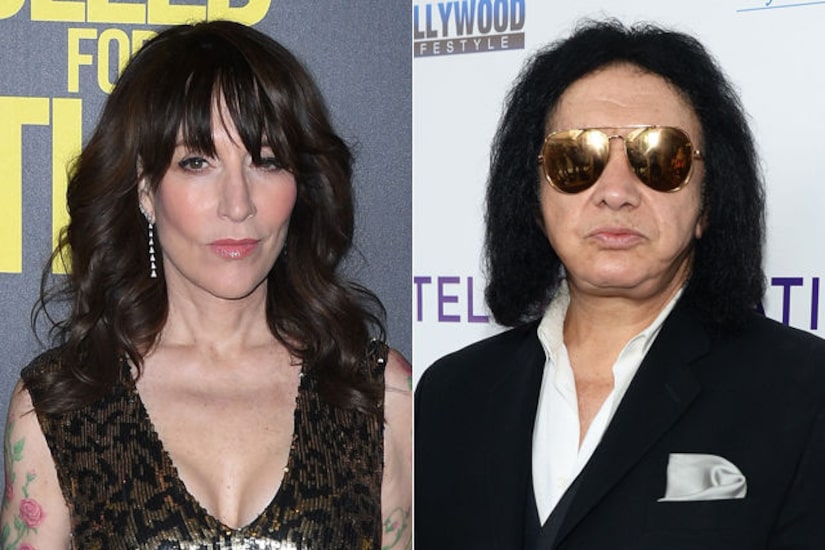 In her new memoir “Grace Notes: My Recollections,” Katey Sagal reveals she had an affair with Kiss frontman Gene Simmons.

Sagal and Simmons reportedly met at a Santa Monica bar, where she worked as a singing waitress in the 1970s. She wrote, "At first, I thought Gene was really weird. I took him home with me that night because he was quite persuasive, and I like men.”

According to the former “Married with Children” star, who even recorded backing vocals for Simmons' 1978 debut solo album, the affair lasted for a few years and ended when she told him that she was going to marry Paul Butterfield Blues Band bassist Freddie Beckmeier.

After the book was released, Gene's daughter Sophie slammed Katey for her revelation, telling “Allegedly with Theo Von & Matthew Cole Weiss” on Tuesday, "To write about someone and then have it affect their family, I feel like is a really kind of low place to sell a book. I mean, congrats to the one groupie who thought they got ahead, but apparently didn't.”

Aside from her on-again, off-again relationship with Simmons, Sagal also opened up about her 15-year-old battle with drugs. The 63-year-old reflected on her childhood in Los Angeles, citing it as one of the factors that led to her drug addiction. "When I was 12, we lived on the same block as Judy Garland. Her daughter Lorna Luft and I became neighborhood buddies. Lorna's mom had a lot of pills on her bedside table and slept past noon just like my mom. We hung tight. And, of course, I thought everyone's mom took a lot of pills.”