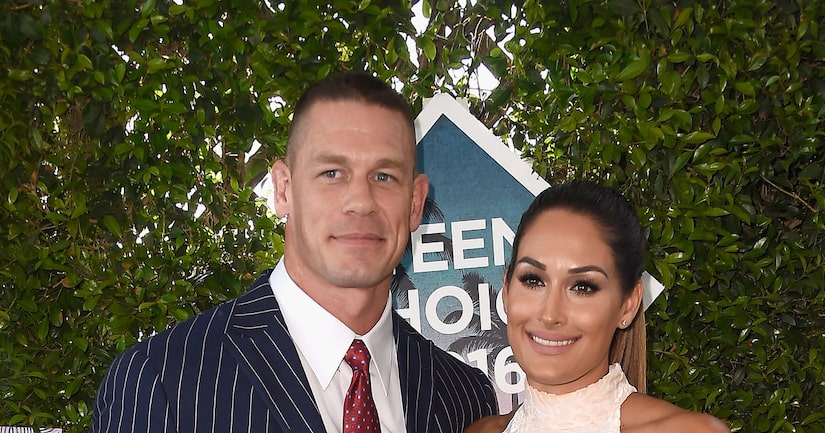 WWE superstar John Cena is one of the busiest men in Hollywood, but he took time to catch up with “Extra's” Renee Bargh before hosting the 2017 Nickelodeon Kids' Choice Awards this Saturday.

Cena wants to take his girlfriend, wrestler Nikki Bella, as his date to the award show. “I hope so; she is working harder than I am. You say I am the busiest person, she truly is.”

Despite their schedules, the busy couple always makes time for one another. He shared, “It sometimes comes down to the unromantic fact of scheduling time for each other, which — for lack of a better word — sucks, but when we have that time with each other, it's truly incredible. I love her to death and I look forward to the next time I see her… Certainly, we talk and text a lot, but she has gotten me into FaceTime and we FaceTime every day.”

John is also making a return to the big screen in “The Wall,” which is about an American sharpshooter trapped in a standoff with an Iraqi sniper. “It really is a very suspenseful film,” he teased. “You'll be on the edge of your seat.”

And everyone is on the edge of their seats in anticipation of the TV adaption of James Corden's famous “Carpool Karaoke” segments — including John! He said, “I got to do it with Shaquille O'Neal. Myself and Shaquille really bring karaoke back to its roots.”

While playing a game on the Nintendo Switch at a secret pop-up outside L.A., Cena pointed out that he is not afraid to use the slime at the KCAs! “It's gonna be great, just because in WWE so much of our audience is kids and families, and to be able to do an event like the KCAs… There's gonna be a lot of slime if you show up.” 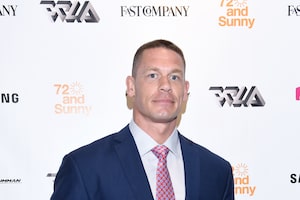 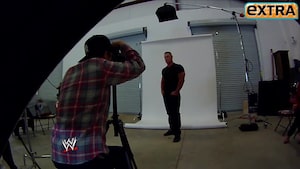