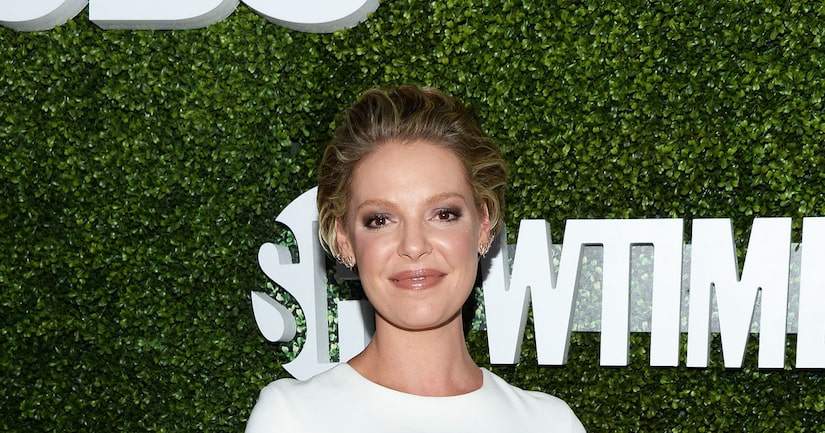 Katherine Heigl is back on TV, and she's opening up about becoming a mom again. The actress spoke to “Extra's” Renee Bargh about her new show, “Doubt,” and the new addition to her family.

Heigl and her husband Josh Kelley welcomed baby boy Joshua Bishop Kelley Jr. at the end of December, joining their adopted daughters Naleigh, 7, and Adalaide, 4. She gushed over her new bundle of joy, “He's fantastic, he's delicious, it's really fun.”

Her girls are enjoying their roles as big sisters. She shared, “They are such little mommies… They really want to get involved. They want to stand over me while I change his diaper and point out what I'm doing wrong, they want to feed him, burp him, they want to give him his pacifier and cover him and rock him.”

While she would consider having more kids, Katherine isn't sure if Josh is on board. “That might be a serious conversation in a few years.”

Heigl is looking great two months after giving birth, telling Renee, “I was really nervous about it because when you are an actor you have to bounce back, and there is this pressure!” She went on, “And my whole philosophy at this point was to just not beat myself into submission and to just give myself a break and [my body] kind of responded better to that than trying to go extreme and work out or eat 200 calories a day or whatever crazy diet… I feel like my body just knew what to do and it was better than expected, which was nice.”

On her new CBS drama “Doubt,” “Katherine is playing, Sadie, a lawyer who falls for a client who may be guilty of a brutal crime. She dished, “It's so juicy as an actor to get to play that kind of dysfunction.”

As for shooting a lot of steamy love scenes when she was pregnant, she commented, “That was so awkward.” She added, “Steven [Pasquale] was such a dream about that, though — he was like, 'I think it's sexy. I love a pregnant woman,' and I was like, 'You're so nice.' To find that moment sexy when you've got a big basketball between you and it's not his baby.” 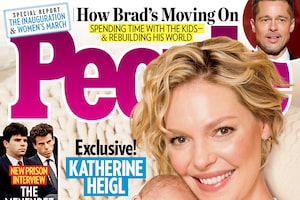 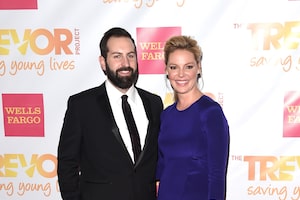 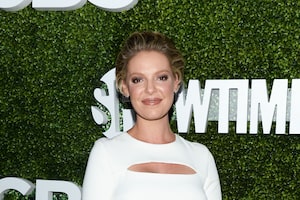