Ashley Graham just landed her first American Vogue cover, but it didn't take long for some to speculate that she was told to put her hand over her thigh in order to have it appear thinner.

The image also looks as though Gigi's arm is carefully placed, or even Photoshopped, around the “America's Next Top Model” judge's midsection.

Now, the body positive advocate is coming to the defense of the magazine.

Graham, the only plus-size model in the image, commented on her Instagram in a February 8 post, “I chose to pose like that. No one told me to do anything.”

Posing with the 28-year-old were Gigi Hadid, Kendall Jenner, Vittoria Ceretti, Imaan Hammam, Adwoa Aboah and Liu Wen, all of whom had their hands wrapped around each other. Ashley was the only model to have her hand placed on her leg.

Proud of her accomplishments, Ashley posted the cover photo on social media, captioning it, "Dream. Come. True! THANK YOU @voguemagazine for having me on your cover!!”

Wednesday evening, she shared on Instagram a photo of all the models running toward the camera, looking like they were having a blast during their shoot.

Inside the magazine, Ashley explains why having diversity in the modeling industry is important, saying, "Sixty-seven percent of the women in America wear a size 14 or larger. Sixty-seven percent. Maybe you could ignore those consumers before, but now, thanks to social media, they're making their voices heard.”

She added, "Women are demanding that brands give them what they want. And what they want is to be visible. Designers aren't the only ones pushing fashion in an all-embracing direction.” 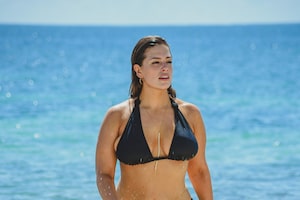 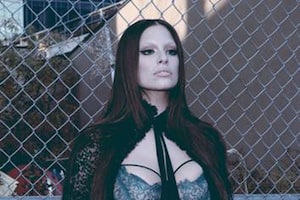