On Monday, Jenner posted two photos of herself on Instagram that put all the focus on her breasts. After seeing the photos, her boobs became a topic of conversation, with one Instagram user writing, "So how much did the boob job cost?... They get bigger by the minute!... Boob job so on fleeck... Nice implants... wtf are these boobs…”, while another wrote, "Did you get breast implants? Looks like it... Your boobs look so big in this pic!... Absolutely no respect for your body... go back and see how pretty u looked 3 yrs back!!! Dislike!…".

Earlier this year, Kylie shut down rumors that she went under the knife for a breast augmentation, writing on her website, "No, people – I haven't gotten breast implants! Everyone is obsessed with that. Truth is, as I've gotten older, I've gained 15 pounds and my body has changed; I've definitely filled out.”

On Twitter, she recently denied rumors, tweeting, "TMI but it's that time of the month lol. They will deflate soon. And it will be a sad sad day." 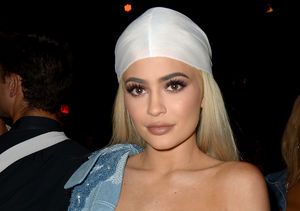 Kylie Jenner's Calendar Poses Are Her Sexiest Pics Ever! 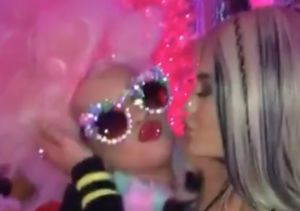 Wait Until You See Who Kylie Jenner Is Kissing! 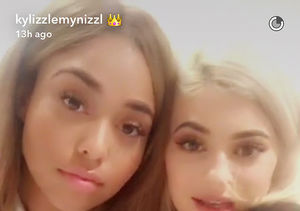