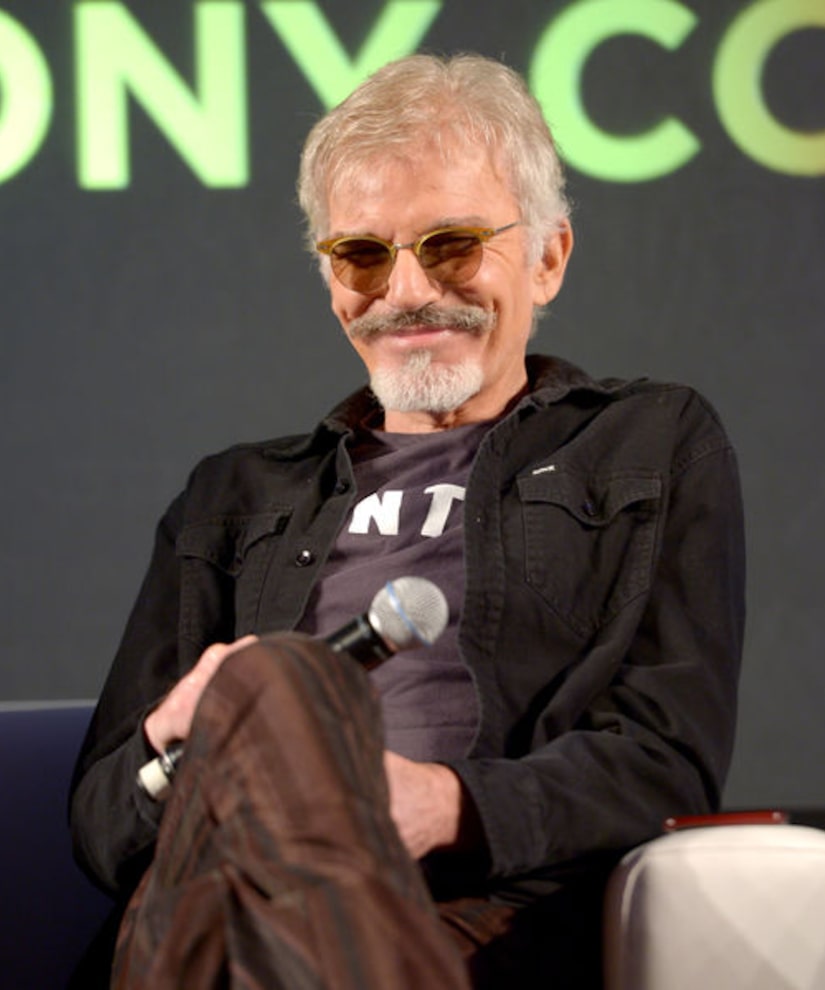 Christmas is just around the corner, and Billy Bob Thornton is reprising his role as “Bad Santa” in “Bad Santa 2.” During an interview with “Extra's” Charissa Thompson, he opened up about his previous marriage to Angelina Jolie.

Angelina is making headlines with her divorce from Brad Pitt, but it's Billy Bob who has something to confess. He says he was never good enough for her, explaining, “I don't feel comfortable around rich people either. I grew up poor and I grew up in a rural area, so I have a natural inborn insecurity from coming out of the land, as they would say, so I think you always see yourself as a kid.”

He added, “I never got the cheerleader, at least in public, as far as people knew… I think you grow up keeping all those insecurities somewhere in you. I still don't know proper etiquette, I don't know which fork is for your salad and I don't care.”

Thornton went on to say Angie doesn't say she was too good for him. “She (Angie) doesn't see it that way, obviously she's too nice of a person to say that about me.” Thornton also said he and Jolie have remained close.

He didn't elaborate as to whether he has spoken to her regarding her recent divorce proceedings. He would only said, “We'll always been friends.”

As for “Bad Santa 2,” Billy Bob will be playing Willie Soke again after thirteen years. “We knew we were gonna make a sequel at some point.”

The film introduces a new character, Willie's horror story of a mom, Sonny, who will join the crusade to knock off a Chicago charity on Christmas Eve. “You need something to show where Willie came from.” 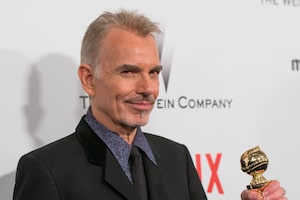 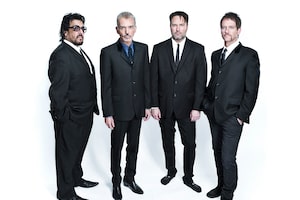 Billy Bob Thornton & The Boxmasters on Their New Albums, Songwriting, and Hitting the Road 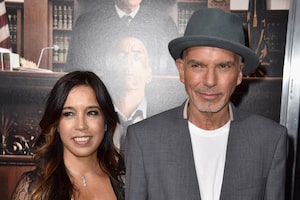