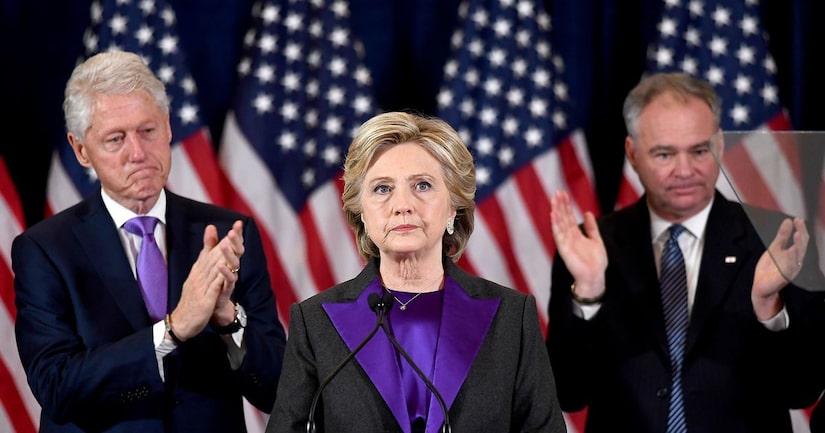 Clinton said, "Last night, I congratulated Donald Trump and offered to work with him on behalf of our country. I hope that he will be a successful president for all Americans. Donald Trump is going to be our president. We owe him an open mind and a chance to lead."

Clinton admitted, "This is not the outcome we wanted or we worked so hard for. I know how disappointed you feel because I feel it, too. This is painful, and it will be for a long time.” Watch!

Though Clinton was unable to make history as the first female president, she had one message for all the women out there: "To all the women, and especially the young women, who put their faith in this campaign and in me, I want you to know that nothing has made me prouder than to be your champion. Now, I know, I know we have still not shattered that highest and hardest glass ceiling, but someday, someone will.”

Hillary made sure not to leave out the young voters, either, saying, "This loss hurts, but please never stop believing that fighting for what's right is worth it.”

Less than an hour after Clinton's speech, President Obama spoke on the outcome of the election. Appearing in the Rose Garden at the White House, Obama said, "I had a chance to talk to President-elect Trump last night at 3:30 in the morning to congratulate him on winning the election and invited him to the White House tomorrow to talk about making sure there is a successful transition between our two presidencies. It is no secret that the President-elect and I have some pretty significant differences."

Though Obama endorsed Clinton during the presidential race, he said he only wants the best for Trump, declaring, "We are now rooting for his success in uniting and leading the country.” Watch!