On Thursday, she took to Instagram to show off the bruises on her back and wrote, "I jumped on the cupping bandwagon and I liked it.” In her selfie, her huge moth tattoo, which covered up her previous tattoo honoring her wedding to Ryan Sweeting, was also seen on top of her back.

Aside from Cuoco, other big fans of cupping include Jennifer Aniston and Gwyneth Paltrow. With the practice of cupping, glass cups are placed on your back, creating a suction to stimulate the flow of energy.

Back in August, Phelps grabbed some attention during the Olympics after he was spotted with bruises on his back, as a result of cupping. At the time, he told the New York Times, “I've done it before meets, pretty much every meet I go to. So I asked for a little cupping yesterday because I was sore and the trainer hit me pretty hard and left a couple of bruises.” 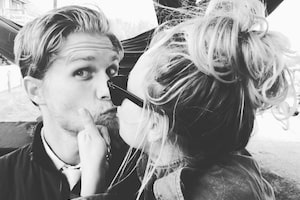 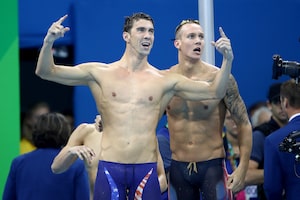 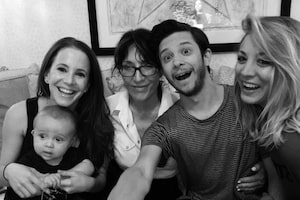