Legendary singer, actress, and director Barbra Streisand sat down with “Extra's" Mario Lopez, getting candid about her marriage and her politics. She also revealed which celebrity impressed her the most while making her new album "Encore: Movie Partners Sing Broadway”… and what she thinks about the Bradley Cooper/Lady Gaga remake of “A Star is Born”!

In this rare one-on-one, Barbra told Mario of her marriage to actor James Brolin that they've been together 20 years. Streisand said, "By the way, 20 years in Hollywood is like 50 years in Chicago, I always say.” She said the state of her marriage is "great," offering her advice on how couples can keep their own relationships great: “Kindness.” She shared, “The Dalai Lama says, 'Give truth with compassion...' I used to use truth as a weapon years ago, actually, 'Well, you look fat 'cause you're fat... I'm telling you the truth.' Truth with compassion would say it a different way — I don't think you can take each other for granted.”

The 74-year-old is also not taking for granted the fact that we could see the first female president with the upcoming election. “I pray that it happens for the good of the country," Barbra said. "We have to finally come to the conclusion that smart women, powerful women, are an asset, not a liability.” She and her husband are passionate Democrats and close friends of Hillary and Bill Clinton's.

Streisand shared the microphone with many stars on her latest album, A-listers like Alec Baldwin, Hugh Jackman, Anne Hathway, and Daisy Ridley. Barbra revealed Jamie Foxx, with whom she sings "Climb Every Mountain" from "The Sound of Music" on the album, really impressed her. “Oh, my God," she said, "Jamie Foxx has an amazing voice.”

Another artist with an amazing voice is Lady Gaga, who recently signed on to remake “A Star is Born,” a story told by Hollywood in 1937 (with Janet Gaynor), 1954 (with Judy Garland), and which Streisand herself remade in 1976 with Kris Kristofferson. Barbra said she had been happy to hear the news of the newest incarnation, saying, “I feel great about it because I know 'A Star Is Born' will work; it works every time... because the music can change with the decades, so I know it's gonna work." 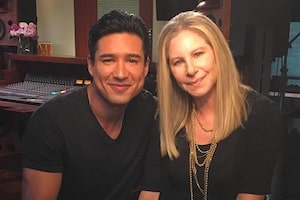 What to Expect from Barbra Streisand’s Star-Packed Tour 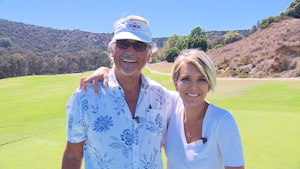 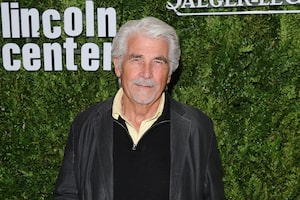